Good Friday is a solemn day of reverence in the church.

It is a time to reflect on the death of Jesus, which was the ultimate sacrifice He made for those who believed in Him.

In the Gospel of John, it states, “For God so loved the world, that He gave His only begotten Son, that whoever believes in Him shall not perish, but have eternal life.”

Here’s what you need to know about this Holy Day, its historical origins and its traditions.

1. It Commemorates Jesus’ Death on the Cross

On Good Friday Christian believers remember the day Jesus suffered and died on a cross as the ultimate sacrifice for humanity’s sins. The scene above is from the 2004 film The Passion of the Christ.

Pontius Pilate, the Roman governor in Judea, found Jesus innocent, but the crowd that gathered cried, “Crucify him!”

Jesus was beaten and spit on, and a crown of thorns was placed on His head.

Nails were driven through his wrists and ankles and he was placed on a cross that held this mocking inscription, “The King of the Jews.” 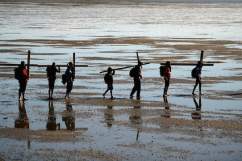 2. There’s a Service but no Mass

From the earliest days of Christianity, no mass has been conducted on this day.

The special liturgy takes place between noon and 3 p.m., which is said to be the time of Jesus’ passing, in the year 30 A.D.

The Church is not decorated on this solemn day.

As if in mourning, the altar remains bare, and the door of the empty tabernacle stays open.

The Church celebrates the account of the Passion according to the Gospel of John, intentions are offered, and parishioners venerate the Cross by kissing it.

Until the 4th century, Jesus’ Last Supper, his death, and his Resurrection were observed all together on the evening before Easter.

3. There Is Fasting & Abstinence

Since it is still a Friday of the Lenten season, Christians can eat only one complete meal and two smaller ones during the day.

Those over 14 cannot eat meat.

Some households maintain a quiet atmosphere, with limited television, radio and computer use, and partake in little or no outside activities.

The explanation for this is that Good Friday has to take place in order to bring us to Jesus’ resurrection at Easter. Therefore, it is good.

In some areas of Europe, the day is called “Great” or “Holy.”

The video above is taken from The Bible miniseries, with Diogo Morgado playing Christ.

5. The Stations of the Cross Are Conducted

Most churches have each station, or moment of the Crucifixion, placed on the walls in order.

On Good Friday, parishioners follow the officiant and observe each station.

These are the 14 stations: 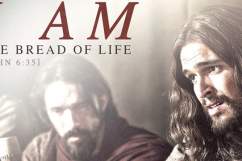 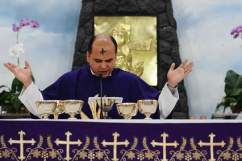 Loading more stories
wpDiscuz
1
0
Would love your thoughts, please comment.x
()
x
| Reply
Good Friday is the holy day before Easter when the faithful remember the death of Jesus. It is a day of reflection marked by fasting and abstinence.