Bela Guttman, a legendary Hungarian coach who led Portuguese power Benfica to two European Cup titles in the early 1960s, is once again being blamed for Benfica’s failure to win a European title.

Fans are blaming the loss on the Curse of Bela Guttmann, which many believe Guttmann inflicted upon the club after management refused to give him a raise, prompting him to leave the team.

Here’s what you need to know about the curse:

1. The Curse Has Lasted for More Than 50 Years

Every year when Benfica plays in the Europe they try to get rid of the curse. Any time that Benfica play near Guttmann’s grave, somebody will take flowers. It hasn’t worked.

Not in 100 years from now will Benfica win a European Cup.

2. All Guttmann Wanted was a Pay Rise

Eusebio was one of the stars of Guttmann’s European Cup winning teams of the early 1960s. (Getty)

Guttmann is said to have asked for a pay rise after winning the European Cup two years in a row with Benfica. Under his management, the team won the European Cup in 1961 and 1962. The members of the board of Benfica are believed to have argued that there was no stipulation for a pay rise in his contract. So Guttmann walked and left behind his curse. Though Eastern European soccer expert Jonathan Wilson speculates that Guttmann may have “had itchy feet anyway, it was his third season at the club, after all.”

When he left Benfica in Portugal, he took up the opportunity to coach in Uruguay.

3. Guttmann Owned a Speakeasy in New York During Prohibition

When Guttmann was playing for Hungarian team Hakoah, they went on a tour of the United States during the summer of 1926. Afterward, Guttmann decided to stay in the Big Apple to open a speakeasy and raise money for the Zionist cause, reports The Guardian. When the 1929 Wall Street crash happened, Guttmann lost everything. He opted to return to Hungary for begin a soccer coaching career. While he lived in the New York, he played for Brooklyn Hakoah.

4. Guttmann is Still a Benfica Hero

Despite the curse, there is a statue of Guttmann outside of Benfica’s stadium. Guttmann seemed to have a way with words throughout his career. When he was fired as coach of Milan in 1955 he told reporters:

I have been sacked, even though I am neither a criminal nor a homosexual.

Underneath his statue it reads:

Only those of us inside Benfica know what mystique really is. There is no other club in the world with a mystique like Benfica’s.

Guttmann was born into a Jewish family in Budapest in 1899. Before switching to soccer, Guttmann was a trained dancer. His brother died in a concentration camp during World War II. Though Guttmann managed to survive the war unscathed, his whereabouts largely a mystery. After a hugely successful career in soccer coaching around the world, Guttmann died on August 28 1981 at the age of 82.

5. The Team Lost on Penalty Kicks to Sevilla in the 2014 Europa League Final

Benfica lost the Europa League Final to Sevilla 4-2 on penalty kicks after a 0-0 tie in regular time. The result will further anger Benfica fans since Sevilla’s goalie was clearly off his line when one of the kicks was taken:

Prior to the game, Benfica coach Jorge Jesus told the media:

I’m not superstitious. I believe in people’s value and the quality of their work. I believe that the best team does not always win in a final and I also believe that we can be better than Sevilla and win this match. It’s the second time we are in one of these finals. We have a better idea of how to deal with the anxiety. 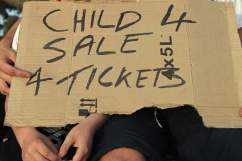