A college dropout who majored in criminal justice called in bomb threats to her school’s commencement ceremony to keep her mom from finding out she wasn’t graduating, police say.

Danielle Shea, 22, from Quincy, Massachusetts, was arrested at the Quinnipiac University graduation on May 18 in Hamden, Connecticut.

Here’s what you need to know about Danielle and why she’d rather break the law than disappoint her mom.

1. Her Mom Had Been Sending Her Thousands for Tuition

According to News 12 Connecticut, Danielle’s mother had been sending thousands of dollars in tuition money to her daughter. Danielle evidently wasn’t using the cash for school because she was no longer a student at Quinnipiac’s College of Arts and Sciences. It’s unclear exactly when Shea dropped out, but the Courant reports she hasn’t been a student there in 2014.

2. Shea Was Arrested While Wearing a Cap & Gown

Shea was arrested by local police at Quinnipiac’s TD Banks Sports Complex, where hundreds of students were awaiting graduation. Reports said Shea was dressed in cap and gown despite her being dropout. Hamden police Captain Roland Smith said that several Shea family members were in the building for the graduation. Smith added:

The mother didn’t see her name on the graduation roster, and she panicked and called in a couple of bomb threats.

3. She’s Allegedly Said There Were ‘Several Bombs’ on Campus

At 5:38 p.m., Shea is alleged to have called the Quinnipiac University Public Safety telling them there was a “bomb in the library,” reports NBC Connecticut. She called again 17 minutes later saying there were “several bombs on campus. You haven’t cleared out graduation. That’s not a good idea.” After the second threat, police were able to trace the calls to Shea’s phone.

The area was thoroughly searched and nothing was found.

On her Facebook page, Shea lists herself as a member of the Quinnipiac Class of 2014 and belongs to a Facebook group for criminal justice and psychology majors. In a Facebook Q&A, she listed sociology professor Keith Kerr as her favorite at Quinnpiac.

Hamden police charge Danielle Shea with making bomb threats. Charged with threatening was caught in arena with cap and gown on.

Shea will face charges of threatening in the first degree and falsely reporting an incident. She was held on $20,000 bond and will face a court date on May 30. 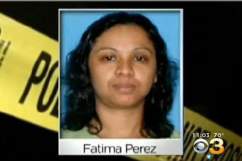 Read More
5 Fast Facts, Breaking News, Connecticut
Follow Heavy ↓
wpDiscuz
0
0
Would love your thoughts, please comment.x
()
x
| Reply
Danielle Shea is alleged to have called in a series of bomb threats to the Quinnipiac graduation ceremony. All because she didn't want her mom to know she dropped out.