Police in Tarpon Springs, Florida are investigating a robbery turned homicide after receiving a call from a homeowner on Wednesday night.

According to The Tampa Bay Times, Rebecca Schwartz of 1310 Belcher Drive called to report a burglary and when police arrived to the home, they discovered the body of Steven Schwartz, a doctor in the area.

Here’s what you need to know about Steven Schwartz:

1. His Home Had Been Burglarized Before

Cops say Rebecca Schwartz walked into the home she shared with Steven Schwartz and, upon noticing the inside looked disheveled, walked outside and called the police. The Tampa Bay Times reports police officers had responded to burglary calls made from from the Schwartz’s home before Wednesday night.

2. Schwartz Worked as a Nephrologist

Steven Schwartz was a doctor and specialized in nephrology, the study of the kidneys. Schwartz worked for Main Street Medical in Dunedin, Florida which provides internal medicine and nephrology services to patients.

Police searching for burglar find man's body inside $1.6m #TarponSprings mansion. Details as we get them at #10News. pic.twitter.com/HNI5fFqgSV

According to WTSP, police with dogs searched Schwartz’s 4,700 square foot home when they discovered a man’s body instead of the burglar they expected to find. Schwartz’s home featured a boat dock, waterfront tennis court and a theatre room. Local news outlets have called the hoe a mansion.

4.Schwartz Looked Young for His Age

This man is breaking down in tears after talking to police outside #TarponSprings mansion where man was found dead. pic.twitter.com/Id2oEaeYE2

Police say the body found in the Schwartz home appears to be a man in his mid-50s, according to WTSP. Schwartz was in his mid-70s. However, one of Schwartz’s colleagues said he looked young for his age and that Schwartz’s body was indeed found in his home, WTSP reports.

“I learned from talking with Tarpon Springs police that they do not believe the general public is in danger and there is no need for people in this neighborhood along the Anclote River to be on alert.

Police confirmed this afternoon that Schwartz’s body was found in his home last night and that the attack was targeted, according to Fox 13 Tampa Bay. 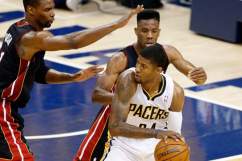