Elliot Rodger is the deceased suspect in a mass murder spree and drive-by shooting at UC Santa Barbara. Six victims were slain and 13 wounded before Rodger took his own life. Here’s what you need to know about him. 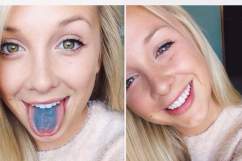 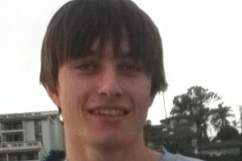 1. He Posted a Video Prior to the Shooting Talking About Retribution

Before carrying out the deadly attack, Rodger filmed and posted the above YouTube video describing a day of “Retribution” for all the injuries society has inflicted on his life, mainly the fact that women seem to show little interest in him and that he was still a virgin at age 22.

Rodger also claims in the video that he planned to enter the “hottest” sorority house and “slaughter blonde sluts.”

2. Locals Say His Father Was the Second Unit Director of The Hunger Games

Local sources have been telling the press that Elliot Rodger is the son of a film director, identified by the Independent as Peter Rodger, the second unit director of the 2012 smash hit The Hunger Games.

In the above photo shared on Rodger’s Facebook, he can be seen driving a BMW, the same car allegedly used in the shooting at UC Santa Barbara. Rodger appears to be sitting in the same car, and also hang expensive-looking sunglasses from his shirt, during his retribution video. 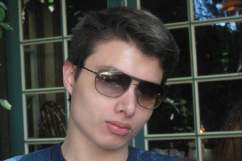 3. His Online Activity and Video Suggest He Is Angry at Women

In his video, Rodger cites that he is still a virgin and had yet to even kiss a girl at age 22. He was also a raging misogynist. According to Daily Mail:

Rodger was a website forum called PUAHate.com, which describes itself as the ‘Anti-Pickup-Artist Movement’ and aims to reveal ‘the scams, deception, and misleading marketing techniques used by dating gurus and the seduction community to deceive men and profit from them.’
The bitter, often misogynistic threads are full of tales of woe from men who don’t know how to get women to date them and blame the women themselves for the problem.

4. He Wrote a 141-Page Manifesto Titled My Twisted World to Lay Out his Grievances

Beyond his “Day of Retribution” YouTube video, Rodger also wrote a 141-page manifesto. In it, he explains his grievances against society, and especially women and “alpha males.”

He also describes being bullied in high school. An excerpt reads:

Some boys randomly pushed me against the lockers as they walked past me in the hall. One boy who was tall and had blonde hair called me a “loser”, right in front of his girlfriends. Yes, he had girls with him. Pretty girls. And they didn’t seem to mind that he was such an evil bastard. In fact, I bet they liked him for it. This is how girls are, and I was starting to realize it.

He was also extremely sexually frustrated. In one insane rambling in the manifesto, he talks about how he wishes he could outlaw sex:

I saw sex as an evil and barbaric act, all because I was unable to have it. This was the major turning point. My anger made me stronger inside. This was when I formed my ideas that sex should be outlawed. It is the only way to make the world a fair and just place. If I can’t have it, I will destroy it.

You can read the entire 141-page manifesto below.

Sometime around 9 PM on Friday, Rodger stabbed his three roommates to death at their shared residence on the 6500 block of Civil Road in Isla Vista, California. Sheriff Coroner Bill Brown told the press in a conference on Saturday:

…the victims suffered multiple stab wounds to their body and died as a result of their injuries. Because of the sensitive and graphic nature of the case “the names will not be released.”

Rodger then got into his black BMW SUV and headed for a sorority house near the UC Santa Barbara campus, where he went and knocked on the front door. Nobody answered. He then turned his attention across the street on two girls. At 9:27, police were called on the scene. Katie Cooper, 22, and Veronica Weiss, 19, were the next two murdered. Elliot again fled in his car.

Police started their pursuit. Rodger got out of his car at a deli and killed Christopher Michael-Martinez, his sixth and final victim.

Rodger got back into his car and exchanged fire with police.

At 9:37, Rodger crashed his car into a police car and is dead from an apparent self-inflicted gunshot wound.