If going to the World Cup in Brazil in June is your goal, then be prepared, it’s going to be really expensive.

The last official sales phase through FIFA’s official website began on April 15 and runs until the tournament ends on July 13.

The World Cup starts on June 12 in Sao Paolo with Brazil v Croatia and ends on July 13 with the World Cup final in Rio.

Here’s what you need to know about alternatives and pricing for the greatest show on Earth:

In the final phase of official ticket sales, there were 199,519 tickets up for grabs. According to FIFA, 126,837 of those went within the first few hours of the phase. Since April 1, FIFA has sold nearly 2.6 million tickets for the tournament.

The few remaining tickets are for games in the latter stages of the tournament.

Buying online requires a credit card, with FIFA emphasizing on their site that they prefer to do business through Visa.

Tickets for the tournament’s opening game are officially sold out.

2. Over the Counter Sales Begin on June 1

On June 1, if you are in Brazil, there are over-the-counter sales available that accept cash or charge as payment.

Meanwhile, additional tickets, including for the tournament final, will go on sale on the same date, both online and over the counter.

FIFA will also give out 50,000 tickets to construction workers in Brazil who haven’t died yet.

3. Many Tickets Are Available Through Resellers — at Insane Prices

FIFA is the only official place to buy tickets. But there are alternatives in the form of sites like StubHub and SeatGeek. Obviously there are risks to using resellers like this so do your research before dealing with them. StubHub offers the tournament’s opening game tickets as low as $3,500, whereas SeatGeek sells tickets for the same game for $1,500.

But if you have money to burn, there are still VIP tickets available to games. Customers in the U.S. should go through Sportsmark, the official FIFA hospitality sales agent.

4. To Save Money, You Should Wait Till Your Game Gets Closer

The Arena de São Paulo where the World Cup begins on June 12. (Getty)

According to SeatGeek communications analyst Connor Gregoire, who was speaking to CBS:

If you’re in the market for World Cup tickets, we’d recommend waiting to buy tickets until the match you’re hoping to attend gets closer on the calendar. For major sporting events like these, we normally see the average ticket price on the secondary market fall anywhere from 20 to 40 percent over the course of the two months leading up to the event.

Also, if you’re in Brazil and just want to catch a game, it’s advisable to look at games that taking place in cities like Cuiabá, Manaus and Fortaleza. These cities are located far from Brazil’s largest cities and could be the perfect place to get in on the action.

5. Tickets for the Final Are More Expensive Than Super Bowl Tickets

So let’s say you’re at a semi-final and your team goes to the final, you’re going to be out a cool $8,000. Added to about $3,000 worth of hotels, flights and spending money. CNN Money speculates that some fans are going to be dropping around $30,000 to attend the World Cup. Astonishing. 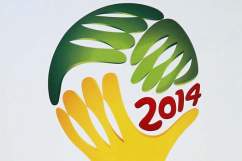 PHOTOS: What Every Team Will Be Wearing at the 2014 World Cup in Brazil

Loading more stories
wpDiscuz
0
0
Would love your thoughts, please comment.x
()
x
| Reply
With the World Cup beginning on June 12, your time is running out to nab tickets.