Five months after a massive, holiday-season data breach, Gregg Steinhafel resigned Monday as president and CEO of Target. Here’s what you need to know:

1. The Board of Directors Announced the Move Monday Morning

The board of directors announced Steinhafel’s resignation in a statement posted Monday on Target’s website.

The resignation is part of the fallout of the data breach, which took place from late November to mid-December, at the height of the holiday shopping season.

Watch the video above to hear clips of an interview Steinhafel gave to CNBC following the breach.

2. Steinhafal Has Apologized Profusely for the Breach

Steinhafel’s first public comments came December 20, a day after Target formally notified customers of the breach. He released the following statement that day on Target’s website.

Yesterday we shared that there was unauthorized access to payment card data at our U.S. stores. The issue has been identified and eliminated. We recognize this has been confusing and disruptive during an already busy holiday season. Our guests’ trust is our top priority at Target and we are committed to making this right.

3. John Mulligan Is in Charge for Now

According to Mulligan’s official bio, he’s been with Target since 1996, when he came on as a financial analyst. Target describes the rest of his tenure as follows:

4. The Board Praised Steinhafel for His Response to the Data Breach

Part of the board’s statement read:

He held himself personally accountable and pledged that Target would emerge a better company. We are grateful to him for his tireless leadership and will always consider him a member of the Target family.

5. The Company Is Launching an Immediate Search for Steinhafel’s Successor

According to the board:

The board will continue to be actively engaged with the leadership team to drive Target’s future success and will manage the transition. In addition to the appointments of the exceptional leaders noted above, we have also retained Korn Ferry to advise the board on a comprehensive CEO search. The board is confident in the future of this company and views this transition as an opportunity to drive Target’s business forward and accelerate the company’s transformation efforts. 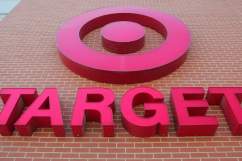 Loading more stories
wpDiscuz
0
0
Would love your thoughts, please comment.x
()
x
| Reply
Gregg Steinhafel is stepping down as president and CEO of Target five months after a massive data breach.