Jacob Lavoro, a 19-year-old kid from Round Rock, Texas, faces a potential life sentence for making and selling pot brownies. According to KHON-TV, because Lavoro allegedly used hash oil rather than weed in making the brownies, by law authorities can use the entire weight of the brownies (1.5 pounds) to determine the weight of the drugs.

Here’s what you need to know about Lavoro and and his collision course with draconian Texas justice.

.@RRockPD say Jacob Lavoro ran a pot brownie and cookie operation, and even delivered. Story on @keyetv at 10 pic.twitter.com/Sagyq0k0e7

With the weight reported by KHON as being 1.5 pounds, this could result in Lavoro being convicted to anywhere between ten years and life in prison. James Spencer of the National Organization for the Reform of Marijuana Laws told KUTV, “That’s higher than the punishment range for sexual assault, higher than the punishment for aggravated assault with a deadly weapon. It’s kind of crazy.”

Drug possession and delivery laws in Texas are notoriously harsh. The 1.5 pounds that the brownies were weighed at is equal to 680 grams. If found guilty, a defendant could face between 10 years and life in prison in addition to a $10,000 fine.

Lavoro’s dad, Joe, a Vietnam veteran who identifies himself as a “conservative,” is outraged and “frightened” for his son. He told KEYE-TV:

Five years to life? I’m sorry, I’m a law abiding citizen. I’m a conservative. I love my country. I’m a Vietnam veteran, but I’ll be damned … this is wrong, this is damn wrong! If [Jacob] did something wrong he should be punished, but to the extent that makes sense. This is illogical. I’m really upset, and I’m frightened, I’m frightened for my son.

Joe Lavoro pictured with his son and friends. (Facebook)

I’ve been doing this 22 years as a lawyer and I’ve got 10 years as a police officer and I’ve never seen anything like this before. They’ve weighed baked goods in this case. It ought to be a misdemeanor.

His dad also said that his son has never been in trouble with the law before. The case has been picked up by the national media and was featured on Fox News on May 20:

3. Lavoro Is Still in High School

According to his Facebook page, Lavoro is a senior at Vista Ridge High School as part of the class of 2014. He also works at the 1431 Cafe in Cedar Park, Texas. Lavoro lists “The Bible” as one of his favorite books. In 2012, Lavoro played JV football for the school.

4. There’s a Facebook Campaign for Justice in the Case

A page was set up on Facebook on May 20 to “Protest and Save Jacob Lavoro.” The page says:

A teenager who allegedly made and sold hash brownies could serve life in prison because of the ingredients. hash instead of pot=life in prison. Save Jacob!

His parents also started a GoFundMe page to highlight their cause.

KEYE-TV reported at the time of the arrest in April 2014 that Lavoro allegedly charged $25 for a brownie or cookie with hash baked into it. He’s accused of running the business out of his apartment in Lewisville, Texas (above).

When his home was raided by cops, they found six bags of cookies, nine bags of brownies, and $1,675 in cash. At the time of his arrest, Lavoro was held on a $30,000 bond. He is now out on bond. His family raised some of the money for his bond through his GoFundMe page. He’s scheduled to return to court on June 19. 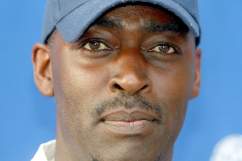