Joel Cox, 32, is an FBI agent that was arrested on Monday as he attempted to fly on a civilian commercial plane from Karachi to Islamabad in Pakistan. He was discovered trying to fly with gun ammunition and was held in a Pakistani jail. As an FBI agent, Cox has no diplomatic immunity in the country and he is scheduled to have hearing on Saturday May 10.

1. He Tried to Carry Bullets, Knives, & Cameras Onto a Plane

Cox was trying to board the flight from Karachi to Islamabad when he was discovered with 15 bullets and a magazine for a 9mm pistol, 3 knives, and a number of small cameras.

According to the Pakistani news report above, the authorities were unable to decrypt the electric devices he was found with.

No weapon was recovered.

2. He Was Arrested & Imprisoned

A former FBI agent told the Washington Post that the agents operating in Pakistan are allowed to carry firearms while in the country, but carrying ammunition on planes is against the law.

Cox was held in a cell by himself and was questioned about the electric devices, the ammunition, and his role in Pakistan. He met with two American lawyers on Wednesday but it seems likely he will have to stand trial.

3. He Was Reportedly in Pakistan on an “Anti-Corruption Program”

According to Pakistani police, Cox entered the country on May 1 with a traveler’s visa good for up to 3 months in the country.

Al Jazeera reports that Cox was in Pakistan on a multi-agency anti-corruption taskforce, but the exact purpose of that taskforce is unknown.

4. He’s From the Miami FBI Officer

Not much is currently known about Cox’s career other than his position as an FBI agent in the Miami and South Florida region. His name appears in a press release from a 2009 case about Medicare fraud. He was honored for the case and was identified as being from “the Federal Bureau of Investigation, Miami Field Division.”

5. He Was Released on Bail

Pakistani news outlet The Express Tribune reports that Cox was released on bail on Thursday evening. Along with the bail came Cox’s counsel’s plea that his client was being framed and that the bullets recovered were planted. He was taken into the custody of U.S. diplomats. 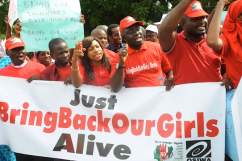 Read More
Breaking News, FBI, Government, Pakistan
wpDiscuz
0
0
Would love your thoughts, please comment.x
()
x
| Reply
Joel Cox, 32, is an FBI agent from Miami who was arrested in Karachi, Pakistan, on weapons charges trying to take ammunition on a plane.