The former US men’s team captain Landon Donovan has been left out of Jurgen Klinsmann’s final 23-man roster for the World Cup in Brazil. The final team announcement was made via Twitter on May 22.

1. It Had Been Rumored that Donovan Would Be Cut

Landon Donovan celebrating with US team mate DeMarcus Beasley at the Under-17 World Cup in 1999. (Getty)

The move has not been called a “complete shock” by some in the soccer media. Though USA Today only went as far as to concede that Donovan might start the tournament on the bench.

2. US Coach Jurgen Klinsmann Has Called it an ‘Exciting Moment’

Klinsmann said about his team:

It’s an exciting moment when you have narrowed the roster down as a coaching staff, and these 23 players that you’ve chosen can focus now purely on Brazil. We can go into more specific things about technical approaches, and about the opponents. For the players, it’s very important to know that they are now part of it and they can relax and know they are on the list going to Brazil and taking it from there. After almost 10 days of work right now, we thought the point has come to make the decision.

Both Donovan and the German legend said that the pair had spoken about his international future.

3. The Team Have Less Than a Month to Prepare

The US kick off their World Cup against Ghana on June 16 at the Estadio das Dunas in Natal. 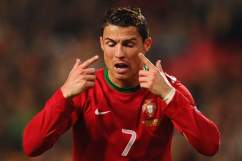 4. This Brings the Curtain Down on a Celebrated International Career

This is most likely the end of Donovan’s international career, at 32, he’s likely to have played his last game for the US. He has played an amazing 156 times for the US with 57 goals. Arguably there was no finer moment than his late winning goal against Algeria in the 2010 World Cup.

5. Youngster Julian Green Is in the 23-Man Roster

Going to the tournament ahead of Donovan are forwards, Jozy Altidore, Clint Dempsey, Aron Johansson and Chris Wondolowski. Also included is the youngster, Julian Green.

If only Landon Donovan had a German mother he would have been a lock to make Jurgen Klinsmann's World Cup roster. 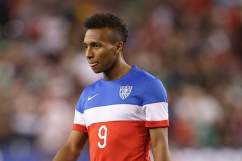