Louis van Gaal was the clear favorite all along to be the next manager of Manchester United. Monday, the club proved the odds-makers right and installed the 62-year-old van Gaal as its next manager:

Here’s what you need to know about the hiring:

1. He’ll Take Over After Coaching Holland in the World Cup

The club announced Monday morning that van Gaal would be its next manager. But he won’t be getting his hands dirty with Man U. until after he’s done coaching the Dutch national team in the World Cup.

Van Gaal has been Holland’s coach since 2012. In qualifying for the Cup, van Gaal’s Holland team won nine of their ten games, tying the other one. His assistants with the Dutch team are legendary players Danny Blind and Patrick Kluivert. This is the second time that van Gaal has been Holland’s manager. In 2001, his first spell ended in disappointment when his star-studded team failed to qualify for the 2002 World Cup after a loss to Ireland in qualifying.

2. Ryan Giggs Will Be the Club’s Assistant Manager

Giggs has been a star with Manchester United since his first goal against Manchester City back in 1991. He made his debut in 1990 as a teenager. During his youth he was one of the most sought after talents in world soccer as well as being a star rugby league talent, like his father before him. In 1994, Manchester United rejected a $15 million offer from AC Milan for him. Though he stayed loyal to Manchester United and Sir Alex Ferguson and remained with the team since 1990.

Watch the video above for a recap of his accomplishments.

3. Van Gaal is a Complicated Guy

Van Gaal is a student of the “Total Football” philosophy that was developed by Johan Cruyff in the 1970s. (Getty)

He’s a proponent of fluid attacking soccer. Like many Dutch coaches, van Gaal was educated in the philosophy of “Total Football.” His methods are known to be complex with some players struggling to adapt to his systems. 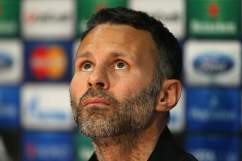 Arguably his most successful period as a coach came while he was with Ajax in the 1990s. The team dominated the domestic game in Holland throughout his reign. During the 1994-95 season, the team went the entire season unbeaten. That same year Ajax won the biggest prize in club soccer when they beat AC Milan 1-0 to win the European Champions League. The winning goal was scored by van Gaal’s now-assistant coach, Patrick Kluivert. The team that day were nearly all brought through Ajax’s famed youth academy. Players like Edwin van der Saar, Frank de Boer and Clarence Seedorf went on to become some of the greatest players in Europe over he next 15 years.

His last big job in club soccer was with Bayern Munich. He was with the German giants from 2009-2011. His only successes with the team came in 2010 when he won the German championship and cup. Bayern lost out though in the European Cup final to Inter Milan who were managed by one of van Gaal’s former protege Jose Mourinho. One of the key moments in van Gaal’s career at the club was when he feuded with star player Luca Toni. The feud led to the Italian striker moving to Roma. During his time at Bayern, van Gaal brought through many of Germany’s premier soccer stars such as Thomas Muller, Holger Badstuber and Bastian Schweinsteiger. 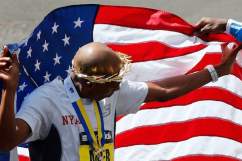