Megan Campbell, 16, was the youngest victim of the Tampa Bay area murder-suicide, where police believe her father, Darrin Campbell, killed his wife and two children before killing himself and burning down most of the house with fireworks. Megan Campbell has specifically received an increasing amount of media attention after Vine & Internet celebrities Hayes and Nash Grier revealed they had once met her.

Here is what you need to know about Megan Campbell:

1. She Was Killed In the Tampa Bay Murder/Suicide

At 5:45 a.m. on Wednesday morning, police were called and told that a large Tampa Bay mansion was burning down. After a prolonged battle with the blaze, police discovered that Colin Campbell, 19, Megan Campbell, 16, and Kimberly Campbell, 51, were killed by gunshots. Authorities believe father and husband Darrin Campbell killed his family before using fireworks to burn his house down. 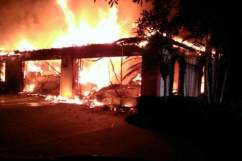 The Campbells: Pictures of the Family Killed in James Blake’s House

2. She Was a Junior at Carrollwood Day School

Campbell was a Junior at Carrollwood Day School in Western Florida, where Darrin Campbell acted as the treasurer, according to the New York Post. She was an avid dancer and well liked student. Her dance school is currently creating a scholarship in her name.

Megan Campbell was brought into the media spotlight because internet celebrities Hayes and Nash Grier tweeted about her. Both #RIPMegan and #RIPCampbellFamily began trending on Twitter with multiple memorial pages also popping up on Facebook.

Knowing I once made you smile is the best feeling in the world #RIPMegan I love you.

Photos of Campbell with Vine celebrities Hayes and Nash Grier at a meet and greet began to appear on social media this morning, prompting the duo to tweet #RIPMegan, and that they were proud to have made her happy once.

#RIPCampbellFamily you're in my prayers. Thank you for changing my life.

Darrin Campbell’s motive is still under investigation by police. People remember them as a normal and happy family. 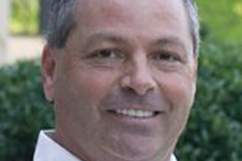 Loading more stories
wpDiscuz
1
0
Would love your thoughts, please comment.x
()
x
| Reply
Megan Campbell was one of the four members of the Campbell family found dead after the apparent Tampa bay murder-suicide that ended in the house burning down.