Mike Anderson just minutes after the judge ruled he will be released from prison. (Facebook)

Cornealious “Mike” Anderson III, 36, is a married father of four who lived in St. Louis, Missouri. He’s a youth football coach, business owner, and community volunteer. Back in 1999, Anderson was arrested and charged with the armed robbery of a Burger King manager. As a result, he was sentenced to 13 years in prison. During the appeals process and while Anderson was out on a $25,000 bond, the Department of Corrections in Missouri mistakenly believed he was still in prison. Therefore, after his appeals failed, Anderson was never rearrested. His lawyer reportedly telling him that it was the state’s job to arrest him. Anderson went on with his life. On Monday May 5, he walked free from a court in Missouri.

Mike Anderson walks out of the courthouse a free man despite never serving his robbery sentence. http://t.co/XebOeZHZz6 #breaking

1. Anderson is Married With 4 Kids

In July 2013, when Anderson was due to be released, the Department of Corrections in Missouri found that he was never in custody. A new arrest warrant was issued and US Marshals raided his home where he lived with his wife and four children. Anderson was ordered to serve 14 years in prison.

Judge in Mike Anderson case: continuing to incarcerate you is a waste of taxpayer dollars and would punish a good man pic.twitter.com/J9OwLj7fsD

Since his original arrest in 1999, Anderson never broke the law, marrying after meeting his wife in 2007. He operated several small contracting businesses in St. Louis and volunteered at his local church.

3. His Robbery Victim Wanted Anderson to be Released

In this picture, Mike Anderson walks out of the courthouse with his wife and daughter. http://t.co/0NZSrcmAlm pic.twitter.com/Yv3H1KPI6S

The victim in the 1999 Burger King robbery had told The Riverside Times that he didn’t believe that Anderson should have to serve his sentence. Despite this, the victim, known only as Dennis, said that the robbery destroyed his life, and led to his marriage falling apart.

4. His Attorney Appealed to the Governor For Clemency

There had been a grassroots campaign to get Anderson out of prison. A Change.org petition had been set up. In April 2014, Anderson’s attorney petitioned Missouri Governor Jay Nixon for clemency, something Nixon had only ever done in one previous case.

5. Anderson Was Convicted in Part Because He Had a Gun Brochure

Family of Mike Anderson waiting in courtroom in Charleston, MO for judge to decide if he can walk free.@ksdknews pic.twitter.com/XExZxo80AD

Anderson’s original conviction was in part based on a gun brochure that was found in his home. Cops couldn’t locate a gun in his home nor could they prove he’d ever owned one. The prosecutor argued that the the brochure was proof enough that Anderson owned a gun and that gun was probably used in the Burger King robbery. 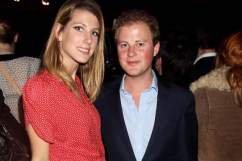 Loading more stories
wpDiscuz
0
0
Would love your thoughts, please comment.x
()
x
| Reply
Cornealious Michael Anderson III never served his 14 year sentence for robbery in 2000, when cops finally arrested him in 2013, it led to a national outcry.