Nicholas Holbert of Fayetteville, North Carolina, has been arrested in relation to the death of Fort Bragg medic Kelli Bordeaux, reports WRAL. He had been a person of interest since Bordeaux disappeared in 2012.

1. Her Remains Were Found After a 2 Year Search

After a two year search, Bordeaux’s remains were found on May 14 in Cumberland County, North Carolina, reports WRAL. Her body was found in a wooded area close to River Road. She was located about four miles from where she was last seen in the early hours of April 14, 2012.

2. He Admitted to Driving Bordeaux Around on the Night She Disappeared

Mom of missing soldier: I need my daughterMissing soldier Kelli Bordeaux was last seen early Saturday morning leaving a bar in Fayetteville, North Carolina. Bordeaux is a Private First Class serving at Fort Bragg.Police say 25-year-old Nicholas Holbert was the last known person to have seen her before she disappeared. Holbert admits to giving a ride home to Bordeaux but says he…2012-12-03T21:42:42.000Z

Holbert, 27, had earlier admitted to giving Bordeaux a ride from a bar on Ramsey street, Froggy Bottoms, in Fayetteville where she was last seen. He’s believed to have told police that he dropped her home. It’s also believed that Holbert picked Bordeaux up from her home in Meadowbrook the night she disappeared. Holbert was a bartender at Froggy Bottoms and lived in his car behind the bar. Two text messages were sent from Bordeaux’s home after she was last seen, one saying that she was home. Police do not believe Bordeaux actually sent the messages. In a 2012 interview, after being named as a person of interest in the disappearance, Holbert told the media, “I had nothing to do with it. I picked her up and took her home that evening. That’s it.”

He also talked about how he met Bordeaux:

She had come into Froggy Bottoms a couple of weeks ago with a friend — a male friend — and they were drinking and playing pool. And I asked if I could get into the next pool game and they said yes and that’s how I met them, playing pool at the bar… At about 1:00, 1:30 [in the morning] she said I’m tired and I want to go home. I said okay, so we got in the car. As soon I pulled into Meadowbrook [apartments], she said you can stop right here and let me out, I’ll walk. I don’t think she called anybody, but she was on her phone all night texting to somebody…

She seemed like a really nice and cool person. I hate that she’s missing and I hope that she is found, for their [her family’s sake].

3. Holbert is a Registered Sex Offender

During the initial search for Bordeaux, Holbert was arrested and charged with failing to register his address with the sheriff’s department as he is a known sex offender. Prior to living in his car, Holbert had a registered address in Spring Lake, North Carolina, reports The Raleigh Telegram. Holbert’s charge was related to a sex offense involving a 5-year-old child.

4. Bordeaux Was Married for 2 Years

At the time of her disappearance, Bordeaux had been married for two years. Bordeaux was declared legally dead by the U.S. Army in 2013. Her family were then able to receive benefits. Despite this, her family maintained she was alive. Bordeaux was combat medic in the 44th Medical Brigade stationed at Fort Bragg. 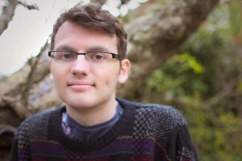 Stephen Sutton Dies After Battle With Cancer: 5 Fast Facts You Need to Know