In 1997, Randy California, the deceased guitarist of the 1960s band Spirit, accused Led Zeppelin of plagiarizing Spirit’s “Taurus,” video above, for the opening notes of the band’s most iconic song, “Stairway to Heaven,” according to Time magazine.

Here’s what you need to know about California:

1. He Got His Stage Name From Jimi Hendrix

According to California’s website, he played with Jimi Hendrix as part of his band, Jimmy James and the Blue Flames, at the legendary Cafe Wha in New York. Hendrix gave California his stage name in order to distinguish him from another Randy in the band.

According to The Independent, California drowned on Jan. 2, 1997 after rescuing his 12-year-old son from a rip current in Hawaii. California had taken his son, Quinn, swimming off the coast of Hawaii to celebrate the new year when both of them got caught in a rip current. California was able to push his son out of the way before he got dragged under by the current, The Independent reports. He was 45-years-old.

California joined The Red Roosters, which later became Spirit, as a singer and guitar player. The band got its name from a book by Kahil Gibran.

4. He Grew up Surrounded by Music

Randy California grew up surrounded by music as his uncle, Ed Pearl, owned The Ash Grove, a music venue in Los Angeles.

“I’d say it was a ripoff,” California said. “And the guys made millions of bucks on it and never said ‘Thank you,’ never said, ‘Can we pay you some money for it?’ It’s kind of a sore point with me. Maybe someday their conscience will make them do something about it.” 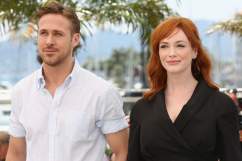 Read More
Lawsuits, Led Zeppelin, Music
wpDiscuz
0
0
Would love your thoughts, please comment.x
()
x
| Reply
The trust of the deceased Randy California, guitarist of the 1960s band Spirit, is suing Led Zeppelin after claiming the group ripped off the Spirit song "Taurus" for the opening of "Stairway to Heaven."