Cache Valley Hospital in North Logan, Utah, was on lockdown after shots were fired today in the medical center, reports ABC 4 News. According to KUTV, the shots were fired just before 8:30 a.m. local time.

1. The Suspect Was Shot But Is Still Alive

My wife just told me the guy with the gun at Cache Valley Hospital was shot.

KVNU reported that the shooting happened in the hospital’s ER this morning after a man walked into the room armed with a handgun. The man was then shot and injured.

Local cops said on scanners that the gunman would be transported from the hospital via helicopter.

2. Two Parole Officers Were Involved in the Shooting

Utah Adult Probation and Parole confirmed to KSL that two of their officers were involved in the shooting. Brooke Adams, a spokeswoman for the Utah Department of Corrections, told The Salt Lake Tribune, “[The officers] were there with a parolee.”

A massive police presence is on scene. According to scanner traffic, police have the ER in the hospital secured.

The shots fired have been confirmed by the Cache County dispatch. North Park police have further confirmed the attack. The hospital’s ER remains on lockdown, but the rest of the medical center is open again.

4. The Hospital Is Next Door to an Elementary School

The lockdown has ended, and the school will remain open for the rest of the day.

5. The Medical Center Is Owned by Physicians

The hospital is a “physician owned” medical center that has been open since 2000. North Logan is located 85 miles north of Salt Lake City. 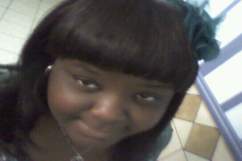