Memorial Day this year falls on May 26. Aside from barbecues and parades, the day signals a time to remember the men and women who died as members of the armed forces.

Memorial Day originated from Decoration Day, which began in 1868 as a way to honor soldiers who died fighting during Civil War. According to Time, the day was so closely associated with the Union cause that Southern states refused to observe Decoration Day and instead observed their own Confederate memorial days. Both Northern and Southern states started to observe the same Memorial Day only after World War I, when the day was expanded to honor all Americans who died during battle, Time reports.

According to AARP, veterans see being able to tell their stories as a gift and simply ask that they can share those memories with someone who will listen. PBS reports many veterans require long-term medical care or housing help and sometimes feel their service is forgotten.

Visiting a local veterans center and spending time with veterans can mitigate that loneliness and is an appropriate way to mark Memorial Day.

Memorial Day consists of certain observances and traditions that help honor the memories of fallen veterans and contribute to the day’s meaning. According to the VFW, attending parades or decorating the graves of fallen soldiers is the most visible way to pay respect to those who died in battle and a powerful way to instill the importance of the holiday in younger generations. The Memorial Day Foundation reports participating in a National Moment of Remembrance at 3 p.m. local time allows for personal reflection on the sacrifices of members of the Armed Forces.

4. Learning Your Family Military History Gives Meaning to the Holiday

As mentioned above, Memorial Day stemmed from the creation of Decoration Day, in which Americans were encouraged to cover the graves of fallen Civil War soldiers with flowers. In 1915, John McCrea wrote “In Flanders Fields,” a poem that began the tradition of wearing red poppies to symbolize the sacrifice of war on Memorial Day, according to the American Legion Auxiliary. 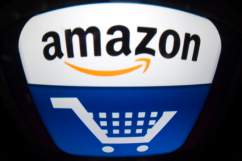