Nobody was injured but two passenger jets are damaged after bumping into each other on the tarmac at Logan International Airport in Boston.

According to the Boston Globe:

The incident involved a Southwest Airlines aircraft, preparing to depart for Kansas City, that was being pushed back from its gate, Massport said. The left winglet of the Southwest Boeing 737 struck the right horizontal stabilizer of a JetBlue A-320 aircraft, Massport spokesman Matthew Brelis said.

108 passengers had to be rerouted and the FAA is looking into the accident. More photos below.

#Skyfox is over the scene @BostonLogan where two planes have collided at the terminal #fox25 pic.twitter.com/JYI7mdNwXy 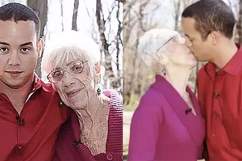 Loading more stories
wpDiscuz
0
0
Would love your thoughts, please comment.x
()
x
| Reply
Southwest Airlines and Jet Blue aircrafts collided this morning at Boston International. Nobody was injured, but 108 passengers had to be rerouted.