A 19-year-old college student murdered in New Jersey has been called a “martyr” after his killer admitted committing the crime to avenge the deaths of Muslims in the Middle East.

The murder of Brendan Tevlin has been held up as a wakeup call that “domestic terrorism is already here.”

On June 25 police found Tevlin’s body in a parked SUV in West Orange, New Jersey. He had been shot dead, and authorities were puzzled about who would kill a beloved teenager called by friends and acquaintances a “model citizen.”

On July 18 police in West Orange, New Jersey, arrested Ali Muhammad Brown, 29, who has since confessed to Tevlin’s murder and three others in Washington State, saying all were committed in response to U.S. military action in the Islamic world.

Sometime around midnight on the morning of July 25, Tevlin was shot while sitting in the driver’s seat of an SUV while waiting at a stoplight in West Orange.

The windows on both the driver and passenger’s side were shattered. His body was found in the car at around 1:30 a.m.

He had been shot eight times.

At around 11:30 p.m., Tevlin had left a friends house where he was playing video games. WTVR reports that around that time he also texted his mother, telling her he was headed home.

The car was found around a mile away from Seton Hall prep, where he graduated high school.

2. No One Could Imagine Why Someone Would Murder Him

At the time, CBS 6 cited investigators as saying they believed Tevlin was specifically targeted by his killer.

No one, friends or family, could imagine a motive for the brutal murder of the beloved teen. In the news report above, they express their confusion and disbelief.

One of his college friends described Tevlin’s loving personality in a letter to his mother:

Even in his quieter moments, if you looked at Brendan just right, you could get that smile out of him. It was the kind where his cheeks moved all the way up his face, right up to his squinting, bright blue eyes. When you looked at him with this smile on his face you felt warm, comfortable, and just happy. You couldn’t help but to smile back.

3. Tevlin Was a Model Student & Citizen

Tevlin, born and raised in Livingston, New Jersey, was home in the quiet suburb after finishing his freshman year at University of Richmond.

He graduated from Seton Hall prep, where he was a very popular and well-liked student. Speaking to NBC, his former calculus teacher said that he “was an ‘A’ student, very conscientious.”

He loved to surf, play lacrosse, and was a talented bagpipe musician.

According to his obituary, at Seton Hall Tevlin was …

Tevlin left behind his parents, Michael and Allison Tevlin, and siblings, Michaela, Brian and Sean.

4. His Killer Said Tevlin’s Murder Was ‘a Life for a Life’

On July 18 police arrested Ali Muhammad Brown for committing a robbery in West Orange. He was later implicated in Tevlin’s murder and three murders in Washington State.

During police interviews, Brown said he had targeted all his victims in retaliation for the lives of Muslims killed by American military action overseas.

5. A Radio Host Has Made Tevlin’s Death a Battle Cry Against Domestic Terrorism

Todd Pettengill, a former WWE announcer and now a morning host with WPLJ radio in New Jersey, is outraged that the media has largely ignored the terrorism angle in Tevlin’s story.

On September 10, the eve of the 9/11 anniversary, Pettengill delivered an eight-minute on-air monologue calling attention to Tevlin’s case. Listen to Pettengill’s thoughts above.

His call to action resulted in Fox News and other outlets devoting segments to Tevlin and Pettengill’s crusade. On September 12, the hashtag “#BrendanTevlin” trended on Twitter.

A Facebook page in Tevlin’s honor, “Good Vibes and Easy Living,” can be found here. 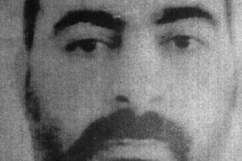