Caleb Bankston, a beloved participant of Survivor: Blood vs Water, died Tuesday night after a train accident in Alabama. The 26-year-old had been working as an engineer and conductor on the Alabama railroad line.

The survivor community and his fiance, fellow survivor participant Colton Cumbie, are grieving following his loss.

1. He Died When His Train Derailed

On Tuesday evening at at 10:45 p.m., the Associated Press reported that an employee of the Alabama Warrior Railway in Birmingham had died in a workplace accident. Initially the victim of the accident was not released, but later that evening People confirmed that Caleb Bankston had been killed when a train derailed in Birmingham.

2. In 2013, He Participated in Survivor With his Fiancé

In 2013, Bankston participated in Survivor: Blood vs Water with his college sweetheart-turned-fiancé Colton Cumbie. The two came in ninth place, but only after becoming fan favorites. Above you can watch an interview with Bankston.

3. Colton Was Sent Home From Survivor Because of Appendicitis

Bankston has said that Cumbie was a Survivor fanatic, finally being able to join the show in 2012 for Survivor: One World. Cumbie became one of the few people to have to be evacuated off the show after he came down with a painful case of appendicitis. During his short run on the show he earned the nickname, “America’s Sweetheart,” one he retained when he came back one year later with Bankston in the next season.

Shocking news: We lost a member of our #Survivor fraternity to a workplace accident. R.I.P. Caleb Bankston! My condolences to his loved ones

Ex-participants of Survivor, fans, and family all took to Twitter to express their condolences and sadness over the loss. The Daily Mail reports that Cumbie put on his Twitter account, “I just wish it was me….”

5. The Incident Is Being Investigated

The Associated Press reports that details relating to the accident were not immediately known, but that a “safety stand-down” has been ordered and the Department of Labor’s Occupational Safety and Health Administration has been contacted. 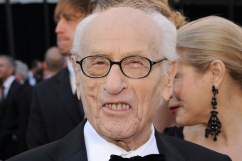