Thaissa Carvalho is a Brazilian actress who stole the heart of soccer star Dani Alves. She may not be spending Valentines Day with her beau, but she’s definitely going to be his number one fan this summer at the World Cup.

Find out more about Carvalho here.

1. She Recorded a Good Luck Video for Alves

Thaissa Carvalho was born on August 4, 1982, in Rio de Janeiro, and is just as in love with her boyfriend as he seems to be with her.

Last month, Thaissa recorded a good luck video for Alves, in which she told him to concentrate on the game and nothing else. She wasn’t at all upset with the fact that he’d be missing Brazil’s Valentine’s Day. Watch the video here.

2. She’s Been Dating Alves for 2 Years

FC Barcelona Wags reports that Carvalho and Alves have been dating since the summer of 2012.

Earlier this month, Dani told Pure People that he didn’t intend on letting the World Cup get in the way of his relationship with Carvalho. Carvalho responded by saying:

It would be a better gift for Valentine’s Day, our anniversary, or any day, to see you fulfilling our team. 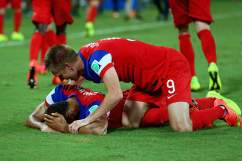 3. She Acts in Brazilian Soap Operas

According to Sports Celebrity Wag, Carvalho started studying theater at the ripe age of 13, and in 2002, she made her TV debut. She has performed in over two television roles, and had six theater appearances.

4. She Supported Alves During His Banana Campaign

Alves’ response to a racist remark made in April was to pick up a banana that was thrown onto the field, and shove it down his throat without chewing. The Sydney Morning Herald reports that Alves’ said humor was the best way to deal with the incident.

Alves girlfriend was behind him the whole way, uploading the funny tweet above.

The actress travels frequently and blogs about her experiences. The blog, which you can read here, is very fitness oriented. Carvalho studied nutrition and nursing at the Rio de Janeiro State University. 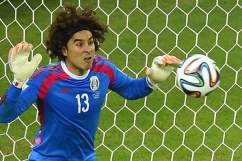