Despite being born-and-raised in Brazil, Costa took Spanish citizenship in 2013 and will play for his adopted homeland in this summer’s World Cup.

1. He Got Through His Physical

Costa completed the move after passing a physical with Chelsea. Passing the medical so easily comes as a shock considering the injury problems he suffered towards the end of the soccer season in Spain. During Atletico Madrid’s final game of the regular season where they secured the championship, Costa came off injured early on. Later, in the Champions League final, Costa only lasted a few minutes on the field before he succumbed to injury.

There had been calls from Chelsea manager Jose Mourinho to spend big money on a striker like Diego Costa. The team’s forwards Demba Ba, Samuel E’to and Fernando Torres had underperformed during the 2013/14 season. During the season, Chelsea scored 30 goals less than eventual English champions Manchester City.

Costa would appear to be just what Chelsea and Mourinho need. During the season, Costa managed to score 27 goals in 34 league games. He also scored against his new employers in the semi-finals of the European Champions League back in April. Costa finished third in Spain’s high scoring charts, behind the two best players in the world Lionel Messi and Cristiano Ronaldo.

4. Costa & Mourinho Have the Same Agent

5. This Won’t Be the Last Dealings That Chelsea & Atletico Madrid Have

Atletico Madrid’s fans face the prospect of losing the core of their 2014 Championship team this summer. (Getty) 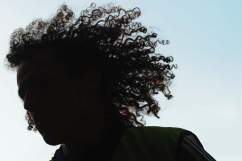 Loading more stories
wpDiscuz
0
0
Would love your thoughts, please comment.x
()
x
| Reply
Spain's Diego Costa somehow completed a medical for his move from Atletico Madrid to Chelsea. The fee is reported to be $53 million.