Kevin Roper, 35, is the Walmart truck driver facing criminal charges after the truck he was driving crashed into a limousine carrying actor and comedian Tracy Morgan. The crash killed one person in the limo, comedian James McNair, and the criminal complaint against Roper alleges he hadn’t slept in more than 24 hours when the accident occurred.

Roper has defended himself on Twitter, claiming he never would have faced such severe penalties if this accident hadn’t involved a famous person. He’s also saying the media reports surrounding the accident are false.

Here’s what you need to know about Roper:

1. He Says He Wouldn’t Be in Trouble if no Famous People Were Involved

I was never charged at the scene of the accident because once again i was not guilty of any crime. Not until all the TV cameras came

Roper tweeted that he wasn’t charged at the accident site because he “was not guilty of any crime.”

He claims that all changed when camera crews showed up to the accident site.

You can listen to the 911 call and see footage from the accident site in the video below.

In spite of Roper’s assertions that he’s guilty of no crime, a criminal complaint was filed against him. He’s been charged with driving recklessly, assault by auto and committing vehicular homicide. The report also says Roper broke New Jersey law by driving a commercial vehicle without having slept in over 24 hours.

You can read the complaint above.

3. Roper Insists He Had Slept in the 24 Hours Before the Accident

As for the accident i have some things to get off my chest that the media and police have neglected to report. First off i never said i was

Though the criminal report says otherwise, Roper says he had slept in the 24 hours leading up to the accident, and that detail was fabricated by the media pursuing the story.

awake for 24 hours, not once did i say that to any law enforcement or media person. These are lies being spread because they are pressured

to make an arrest as this accident was being covered "NATIONALLY" because a famous person was involved.

4. Roper Stressed He Was Driving Sober

Once again the accident was horrific and we lost a precious life, but please remember i was not drunk, high, (I was tested and passed)

under any influence of any drug or alcohol, i had an "ACCIDENT' which unfortunately occurred with a lot of media spotlight.

Roper tweeted that the accident was not caused by his being under the influence of any drugs or alcohol. His tweets say he was tested on the scene. There is no alcohol or drug test mentioned in the criminal report.

My statement on the unfortunate accident that happened Saturday: First off my prayers go out to all the families that were affected

Roper tweeted how sorry he was that the accident caused the death of comedian James McNair, one of the passengers in Tracy Morgan’s limo. According to CBS 2 New York, the accident critically injured Jeffrey Millea and comedian Ardie Fuqua. Another passenger in the limo, comedian Harris Stanton, suffered a broken wrist. 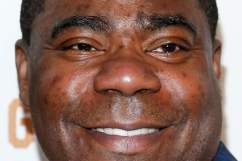 Loading more stories
wpDiscuz
0
0
Would love your thoughts, please comment.x
()
x
| Reply
Kevin Morgan, the Georgia truck driver in the fatal accident that critically injured Tracy Morgan, has defended himself on Twitter, saying reports surrounding the circumstances of the accident are untrue.