Masters of Sex debuts its second sex-filled season on July 13. Watch the new trailer above that was released on June 27. It teases some of the drama to come.

Showtime released this behind-the-scenes video, where Michael Sheen, Lizzy Caplan, and the rest of the cast offers their insights.

Based on the true story of sex researchers in the 1950s, Lizzy Caplan plays Virginia Johnson, the assistant to William Masters, portrayed by Michael Sheen.

Caplan offers this glimpse into the upcoming season, “Season 2, their story as a team seems to unfold.”

Let’s look at what we know so far about what’s unfolding in the next season.

1. The Final Moment of the Last Season is Revisited

At the very end of the first season, a defeated Masters comes to Johnson’s doorstep and says, “I have nothing to offer you except maybe the truth: I finally realized that there is one thing that I can’t live without — it’s you. You.”

The second season does address this intense scene and sexual tension between the sex researching team.

We will find out the answer. We will certainly discover what happened in the immediate aftermath of that final moment. There may not be one simple answer to what happened.

However, viewers can expect an air of uncertainty and confusion to remain.

I’ll tell you that even what happens between Masters and Johnson in that moment after the doorstep is open to interpretation by each of them, which is what we all do in any relationship.

2. They Consummate Their Union

Their work is their passion. What's yours? The official poster for the new season of #MastersOfSex has arrived! pic.twitter.com/Ntyddhpx78

Since it is based on a real-life couple, we know that they do, in fact, sleep together.

TV Guide confirms this by saying:

Unsurprisingly, they consummate his, uh, declaration when Season 2 resumes, but they will decide by the end of the premiere whether they should continue to mix business with pleasure.

The Hollywood Reporter got the exclusive look at the art for the coming season, which is shown above. It seems to hint at more than just a fling.

The site had this to say about the picture:

The intimate pose is a significant change from the suits and ties worn in last season’s marketing campaign (see above), and signals the evolution of Masters and Johnson’s relationship from professional work partners to romantic lovers.

3. There Are Additions to the Cast

The show welcomes some cast members, who’ve had roles on other notable television series.

In March, The Wrap reported exclusively that American Horror Story: Coven’s Danny Huston will be Dr. Douglas Greathouse, the head of a hospital’s Obstetrics Department.

4. The Main Characters Are Affected After the first week into shooting Season 2, Caplan was interviewed at Paley Fest and said:

As far as where Bill’s life takes him, Sheen explains: The first episode actually spans a few weeks. Then, halfway through Season 2, a big change occurs. 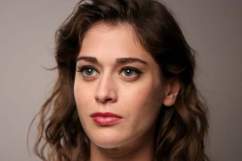 Loading more stories
wpDiscuz
0
0
Would love your thoughts, please comment.x
()
x
| Reply
Masters of Sex debuts its second season on July 13. Here's a look at the drama we can expect as Bill and Virginia's relationship is taken to the next level.