Neymar, whose full name is Neymar da Silva Santos Júnior, is a Brazilian striker who has played for FC Barcelona since 2013. Perhaps more importantly (at least according to his countrymen), Neymar also plays on the Brazilian National team and is a force of national pride.

Here are five facts you need to know about who The Guardian has called the sixth best soccer player alive today.

1. Neymar Is The Best Brazilian Player Of This Decade

Neymar has been playing soccer since before he hit puberty, joining youth team Portuguesa Santista when he was only seven years old. By the time he was 11 he had joined Santos, and by 17 had made their first team squad. Neymar made the move to Seleção in 2010, and was the top scorer in the 2011 South American Youth Championship. He was voted best player in both 2010 and 2011, and was awarded the Bronze Ball in the 2011 World Cub after leading Santos to the finals. In 2013 he was awarded the golden ball for his performance in the Confederations Cup, and he is the 11th-highest scorer of all time for the Brazilian national team.

Having just turned 22 this past February 5, Neymar will be among the youngest players to feature in the World Cup this year. The youngest player to ever make a World Cup appearance was Norman Whiteside, age 17, in 1982. The possibility that Whiteside was making as much money as Neymar at the time, though, is slim to none. When Neymar signed with Barcelona, he was contracted in a deal that pays $74 million over five years. According to Forbes, he’s the third-highest paid athlete under 25 in the world, second only to Chicago Bulls player Derrick Rose (25) and Real Madrid player Gareth Bale (24).

3. Neymar Is a Marketing Machine

He’s so good at selling stuff, in fact, that haters call the barrage of Neymar plastered on magazines and in ads and on television programs and as the spokesperson for various products “Neymarketing.” He has more than a dozen product ads under his belt, and he doesn’t discriminate what type of products they are. He’s done soda, sports gear, ice cream, an app, phones, batteries… even a bank. His pretty face not only sells: it also landed him a Brazilian Vogue cover shoot with iconic Brazilian supermodel Gisele Bündchen.

His fans even have their own name for themselves: Neymarzetes. Once, rumor has it, Neymar’s security guards had to lock him in an airport toilet to keep him from a stampede of Neymarzetes. He’s got 5.4 million Instagram followers, one son (he’s not dating his son’s mother), and in the aforementioned Vogue cover article was called one-half of Brazil’s “Dream Team.” Neymar critics—all five of them?—call out his hipster haircuts, tattoos, and fashion-forward styles, but according to Time, Brazilian Playboy fashion editor called Neymar’s style authentic. “He is always inventing new way to present himself and stand out,” she said.

5. Neymar Is An Unofficial Spokesman For Brazilian Music

Neymar may have just been messing around the in the Santos locker room when he attempted to get his teammates to dance to Michael Telo’s “Ai Se Eu Te Pego,” but when the video went viral Neymar suddenly found himself the whimsical ambassador of Brazilian pop music. He’s known to make surprise stage appearances at Brazilian concerts, to the delight of a screaming teenage audience. 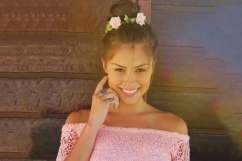