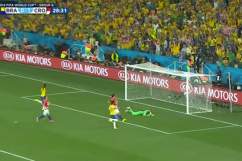 Olivier Giroud is the French national team’s key striker, famous for his rough play, attractive physique, and ability to outsmart almost any defender he comes head to head with. Watch the video above to see highlights of his goals.

1. He Will Sign a Two-Year Extension With Arsenal After the World Cup

Giroud recently came to terms with his current team, Arsenal FC and will be signing a two-year extension contract after the World Cup.

Manager Aresene Wenger is holding onto Giroud tightly after the striker’s impressive performances at the World Cup thus far and as a key goalscorer for Arsenal. Giroud has scored 39 goals in 98 matches since being signed to Arsenal in 2012 from Montpellier for $13 million.

Giroud was also key ingredient in Arsenal’s FA Cup victory which was their first title in nine years.

2.He Scored a Goal Against Switzerland To Move To the Round of 16

France beat Switzerland in a 5-2 victory in the final match of the Group E to seal the No. 1 spot in the group in front of the Swiss.

This victory and large amount of goals gives France a leg up in the knockout rounds to come.

3. He is in ‘People With Money’s’ Top 10 Highest-Paid Footballers

According to reports on June 29, 2014 “People With Money” confirmed that the French footballer racked up $82 million in 2013-2014. This made him the highest paid footballer by almost $50 million.

The income includes everything else outside his Arsenal salary too including endorsements, advertising, upfront pay, residuals and profit participation.

Girouds net worth sits at approximately $245 million up to May of 2014. He has managed to make more than other highly paid footballers via property holdings, huge endorsement deals such a Hugo Boss and Covergirl cosmetics. His burger chain called “Fat Giroud Burger” in Paris, “With Love from Olivier” perfume line, and the creation of his own brand of vodka called “Pure Wondergiroud- France and “Olivier Giroud Seduction” fashion line have also contributed to his staggering net worth.

While playing for Montpellier, Giroud had 25 goals in 42 appearances to be named the the top goalscorer of Ligue 1 that year.

5. He Cheated On His Wife With Model Celia Kay

Honestly which hair do you guys like best…? Dark or light? pic.twitter.com/I4jsu1Q1pU

Celia Kay is famous for her risque photos in magazines including Maxim and FHM.

Giroud later apologized for his inappropriate behavior to the public and especially his wife, Jennifer Giroud.

Giroud walks along the beach with his wife, Jennifer Giroud during the World Cup in Rio. (Getty)

The Kay made the affair quite public by posting a picture she took of Giroud wearing only underwear in the hotel room.

Giroud said of the incident:

There was some things which were true, some others were false. But that’s the past. What doesn’t kill me makes me stronger. I’m convinced that everything happened to me will make me stronger.

That’s all I need to do: focus on the pitch with my club and take care of my family. 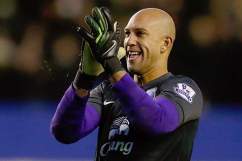