Multiple people are injured after a car crashed through the front of a home following a shooting in Pine Hills, Florida, reports WFTV. The crash was first reported at around 4 p.m. local time.

1. Reports Say 1 Person is Dead at the Scene

WESH reports that one person is dead at the scene. WFTV further reports that it isn’t clear if the dead person died of a gunshot wound or from the crash.

2. 5 People Are Injured in Total

Three people at the home are said to have gunshot wounds whereas two others were injured when a car crashed through the front of the house. At least one child was injured in the home.


3. The Driver of the Car Had Been Shot

Here's what #SkywitnessHD is seeing over the home where authorities say multiple victims were shot: pic.twitter.com/GQ4it8thkd

One of those wounded was the driver of the car.

4. Pine Hills is Located Near Orlando

Pine Hills is a neighborhood just to the west of Orlando, Florida. The house where the crash happened is located along Westbury Drive in the area.

5. Local Schools are on Lockdown

Pine Hills Elementary is locked down due to police activity in the area. 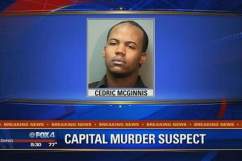 Loading more stories
wpDiscuz
0
0
Would love your thoughts, please comment.x
()
x
| Reply
A car is also reported to have crashed through the front of the house in central Florida.