In a shocking turn of events in the publishing scandal that’s gripped the UK, Rebekah Brooks was found not guilty of phone hacking, bribery, and obstruction of justice on Tuesday.

Here’s what you need to know about her alleged crime and the jury’s verdict.

1. Brooks Was Editor Of The Now-Defunct News of the World

Authorities said the hacking took place in 2011 at News of the World, a UK-based paper owned by News Corp where Brooks was the Editor-in-Chief.

Owned by Rupert Murdoch, other News Corp. holdings include Fox News, the Wall Street Journal, the UK Daily Sun, and the New York Post, among others. When the scandal broke in 2011, Murdoch was forced to close the News of the World. Both Scotland Yard (British police) and independent media inquiries helped to force the closure of the notorious tabloid. It was not surprising for Murdoch to close News of the World with very short notice to the paper’s 200 staff—he’s known for his ruthless business acumen. The paper had been printed for 168 years, and sold 2.6 million copies each week when Murdoch announced its closure.

2. Cops Said Brooks Tapped The Phones of a Dead Girl

Milly Dowler went missing in 2002. That was the year that the News of the World allegedly interfered with police inquiries and tampered with Dowler’s voicemail in order to follow a sensational story. In 2011, when the scandal was revealed, the Dowlers’ family lawyer told The Guardian that the News of the World activities were “heinous” and “despicable.” It’s not as if the tabloid was secretive about its illegal pursuits, either. In 2002, the paper ran stories that referred to information it could only have known to be true if it had access to Dowler’s personal voicemail. Milly Dowler’s parents are shown above arriving at Brooks’ trial.

Others on trial for phone hacking included Andy Coulson, Clive Goodman, Stuart Kuttner, Mark Hanna, Brook’s husband Charlie, her ex-assistant Cheryl Carter. Coulson was a former editor of News of the World and then later a media advisor to Prime Minister David Cameron. He was found guilty of one count of phone hacking. Charlie and Carter were both cleared of charges that they had destroyed evidence, as was Hanna, a security guard at the newspaper building. Kuttner, another former editor at the paper, was also cleared of hacking allegations.

During the trial, several other similar stories of the News of the World engaged in such illegal practices emerged. The New York Times states that the trial has allowed for a glimpse into the reality of British tabloid reporting, and how common the practice of hacking into personal phones or messages really is. Sensational murder cases aren’t the only instances in which this type of illegal surveillance is used, either: celebrities, royals, politicians, and sports stars are all subject to the same kind of invasion of privacy by such tabloid methods. The Times reports that one defendant in the Brooks trial said that the “intercepts were on an industrial scale.”

5. She Was Having An Affair With Coulson

It was revealed during the trial that Brooks and Coulson were romantically involved in a relationship that lasted until at least 2004. The closeness of Brooks and Coulson added to the suspicion that they could have co-conspired easily to commit the illegal hacking, and that they would have covered for each other in the event of the scandal breaking. While Brooks denied that their affair lasted for the full six years in which they were intimate, she did admit to having a relationship with Coulson while her marriage was on the rocks. 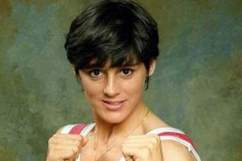 Read More
Breaking News, England, News, Publishing, Scandal, Tabloid
Follow Heavy ↓
Rebekah Brooks, former editor of UK's notorious News of the World, was acquitted of phone hacking. Here's what you need to know about the end of the trial.