The Netherlands had to wait four years for a rematch with Spain after losing the 2010 final, but to just about everyone in Holland, the wait was well worth it.

The Dutchmen didn’t just beat the defending champs in the teams’ World Cup opener in Salvador, Brazil. They throttled the Spaniards 5-1, handing them their worst World Cup loss in 64 years.

Arjen Robben destroyed the Spanish defenses at will and De Oranje were able to recover from Xabi Alonso’s early penalty to make a mockery of the FIFA World Rankings.

Robin Van Persie scored the goal of the tournament with an amazing diving header, and also chipped home another. The fifth goal was scored by Stefan de Vrij after he headed it against his foot. Spain looked disinterested and lethargic.

Read on for more about how it went down and what it means, and follow along here as Australia takes on Chile in the group’s other match.

Arjen Robben Was Out of This World

Arjen Robben destroyed the Spanish defense at will. For his second goal, he just wanted it more as he sprinted passed the disinterested Sergio Ramos. His first goal was another work of genius as he dismantled the Dutch defense in the box.

Robin Van Persie Scored the Goal of the Tournament

With the score at 1-0, and Spain looking in control, a cross field ball from Daley Blind was met with a diving header from Robin Van Persie. With Casillas off his line, RVP looped a header over the stranded Real Madrid goalie.

Diego Costa Had a Shocker

The Spanish/Brazilian striker never showed up in his competitive debut for Spain. The forward, who was born about 200 miles from the stadium, did nothing of note other than head butting Dutch defender Bruno Martin Indi. Yes, the defender made the most out of it, but Costa’s intent was there and he should have got a red card. Well he did “earn” the penalty:

The penalty was converted by Xabi Alonso:

The big thing about this game was that both teams would want to win. Unlike many early tournament games, in which teams will settle for a tie, both Holland and Spain know whomever finishes second in Group B has to face Brazil in the second round. That’s the price that Spain will pay for its worst World Cup defeat since 1950.

According to Paddy Power, Holland’s odds to win the tournament are now 12/1. Spain has moved down to about the same from 5/1.

Torres Played and Did Nothing

Spanish coach Vincente Del Bosque insists on sticking by Fernando Torres. The non-scoring striker proved his uselessness by missing an open goal late on. It wouldn’t have mattered as Spain were already down 5-1 at that stage, but his lack of edge must make for very frustrating viewing for Alvaro Negredo and Fernando Llorente. The two strikers who were left at home while Torres went to Brazil.

There Was Great Chemistry Between RVP and Louis Van Gaal

After RVP’s sensational goal, he ran straight to van Gaal, where the notoriously cold coach warmly embraced van Persie. Wayne Rooney was definitely watching the game, will he be concerned about how much his new Manchester United coach loves his strike partner. One thing is for certain, Wayne Rooney wants to be star of the show.

The Daily Mail’s Ian Ladyman compared their celebrating “like father and son at a bowling alley.”

Pepe Reina Will Come Back in For Spain

Real Madrid legend Iker Casillas had a shocker, compounded by van Persie’s second goal. He lacked confidence throughout the game. Surely an after-effect of his being freezed out at club-level.

Going against the cliche, it was Spain’s players who were lacking in discipline. Their players constantly harassed the ref looking for decisions. They were especially unhappy about Stefan de Vrij’s goal. 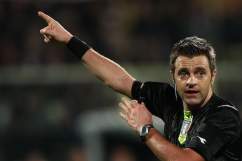 It Was Better Than the 2010 World Cup Final 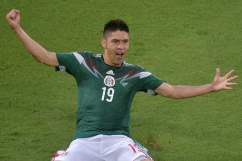