Steven Gerrard, 34, is the team captain for England’s national team and hopes to lead his team to victory as they enter the 2014 World Cup in Brazil.

Here’s what you need to know about this veteran footballer:

1. He’s the Captain for Both England & Liverpool

A natural leader, Gerrard serves as the Captain for both the English national team and the premier league’s Liverpool. Steven Gerrard has played in the 2006 World Cup, scoring two goals, and the 2010 World Cup. He became captain of the team in 2012.

2. He’s Psyching Up His Players For the Game Against Italy

Speaking to the the Guardian, Gerrard spoke about what he plans to do to get the team psyched up before the World Cup:

I will say something in the dressing room, towards the end when we are ready to go out, and it will be: ‘Let’s not have any regrets. All the preparation has been done. The squad that’s been picked is very bold and brave. Let’s believe we have all the energy and all the work in the legs and in the tank, so now let’s relax and let it happen. The key is just to not come off the pitch with any regrets and, basically, do what it takes to get that result.

I will be proud leading this group of players out against Italy. I trust them and I believe in my team-mates, but I will be even prouder if we come home from this tournament with our heads held high knowing we have gone out on to the pitch and given everything we have got for the English public back home. And, looking at the lads and being in and around them, I get the impression they are ready to give everything they have got. It is here now. All the distances and the miles we have covered, the heat preparation, we have done all that. There are no excuses now. It is time to walk the walk.

Gerrard married Alex Curran in June, 2007. Curran is a model and fashion columnist and has started her own fragrance. The two started dating in 2002.

You can read more about her here: 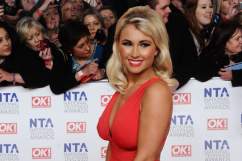 4. He Dedicated His Career to His Cousin

In his autobiography, Gerrard wrote that he dedicated his career to his cousin, who died in the famous 1989 Hillsborough disaster. Gerrard’s cousin was the youngest of the 96 people killed in the crush of an over-filled stadium at a match between Liverpool and Nottingham Forrest.