To win the Triple Crown is considered the highest honor in American horse racing. To win the title, a thoroughbred horse must win the Kentucky Derby, the Preakness, and the Belmont Stakes in a single year.

Here is what you need to know about the Triple Crown:

1. Only 11 Horses Have Won the Triple Crown

2. 21 Horses Have One the First Two Races, But Lost the Third

Although winning the honor is rare, many many horses have come close over the passed 100 years. Between 1932 and 2012, 21 horses have won the first two races, only to loose or be able to compete in the Belmont Stakes, the final of the three races. The most recent “near miss” was I’ll Have Another in 2012, who won the Kentucky Derby and the Preakness, but could not race in the Belmont Stakes due to injury.

The Triple Crown hasn’t been won in 36 years. The last time it was won by Affirmed in 1978. He was born in 1975 and won 19 major races in his career, including all 3 of the Triple Crown races.

You can read more about him here. 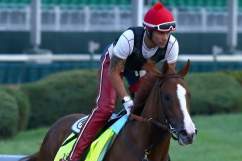 The Belmont Stakes have been run since 1867, and on Saturday June 7, the historic tradition continues. The race will begin at 4:30 p.m. EST, with pre-race coverage beginning at 2:30.

Learn more about how to watch the race below: 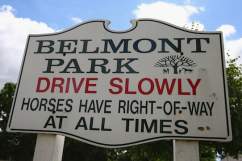 How to Watch the Belmont Stakes Livestream Online

Loading more stories
wpDiscuz
0
0
Would love your thoughts, please comment.x
()
x
| Reply
What is the Triple Crown? Will California Chrome win it? Find out what it means for the Belmont Stakes here.