After an impressive 25-year run as a professional player, Alejandro Sabella quickly adapted to his role as Argentina’s coach, bringing the team to a World Cup final for the first time since 1990. This will be Sabella’s first and last trip to the World Cup finals as a coach, after announcing he will step down as Argentina’s coach after their match against Germany this afternoon.

1. He Played for Seven Clubs During His Career

Sabella started his career in 1974 playing for Buenos Aires-based Club Atletico River Plate where he stayed until 1978. He then played for British club Sheffield United until 1980 before moving to Leeds United, where he played until 1981. He returned to South America after his stint with Leeds United, playing for Argentine club Estudiantes until 1987. He spent the 1987-1988 season at Buenos Aires’ Ferro Carril Oeste and finished his career at Mexico’s Irapuato in 1989.

2. He Worked as an Assistant Before Becoming an Independent Coach

Before stepping out on his own as a coach, Sabella acted as an assistant to Argentine and Uruguayan national coach Daniel Passarella. Passarella coached the 1978 Argentine World Cup team, who beat the Netherlands in the final match of the tournament. Sabella served as Passarella’s assistant manager when he coached the Argentine national team, Italy’s Parma AC and Mexican club Monterrey, among others.

Sabella is a socialist and fairly outspoken when it comes to politics. Before he became a professional soccer player, he was admitted to the University of Buenos Aires’ Faculty of Law. He became the subject of controversy after posing with a “Dream Team” of left-wing radicals who became young victims of political violence in the 1980s.

4. He’s Got a Few Nicknames

Sabella has two pretty contradictory nicknames: “el Mago,” or the magician and “Pachorra,” or sloth. He held both nicknames during his professional career, “Pachorra” stemming from his perceived slowness. As Estudiantes manager, he was called “Magno” in honor of “Alejandro Magno,” or Alexander the Great, after Estudiantes won the Club World Cup, beating the star-studded favorites, Barcelona.

5. He Comes From Money

Sabella grew up in Buenos Aires’ well-off “Barrio Norte” neighborhood, where he was born to a wealthy, upper class family. In spite of his comfortable upbringing, Sabella worked to provide aid to families living in Buenos Aires’ slums, saying, “I felt a growing need to be always on the side of solidarity and of the distribution of wealth for a fairer, more egalitarian society, in which we can all have equal opportunities.” 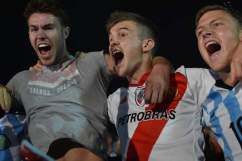 Loading more stories
wpDiscuz
0
0
Would love your thoughts, please comment.x
()
x
| Reply
Alejandro Sabella is the coach of the Argentine National Team. Today will be his last day as coach, as he announced he will step down from his position after Argentina faces Germany in the championship match of the 2014 World Cup.