Alexandria Chery has been missing from her home in Orlando, Florida, since July 28, reports the Orlando Sentinel. Alexandria has been described as being 5 feet 2 inches tall, 105 pounds, with black hari and brown eyes. Police announced at a press conference on July 30 that they had made an arrest in the disappearance of Chery. The man arrested is named Sanel Sainsimo from Winter Park, Florida. On August 1, Chery’s body was found in a wooded area close to her home. 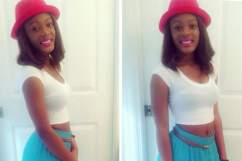 1. Chery Was Last Seen by Her Mother

Chery was last seen in her bed at the Hawthorne Grove Apartments close to Old Winter Garden road at 7 p.m. on July 28, reports Click Orlando.

2. Authorities are ‘Uneasy’ About the Disappeared

Law enforcement and Chery’s family are hugely concerned for her well being as her disappearance his out-of-character. One authority figure told WFTV that cops are “uneasy” about the situation. Police have said that they do not know what she was wearing when she disappeared.

According to her Facebook page, Chery is singnle works at a Hollister star. She lists her hometown as Virginia Beach, Virginia.

Anybody with any information on Chery is asked to call the Orange County Sheriff’s Office on 407-836-HELP.