The case of the “Mississippi Baby” who was “cured” of HIV 30 hours after birth has taken a sad turn.

The National Institutes of Health announced that the baby girl now has “detectable levels of HIV” two years after she stopped antiretroviral therapy.

1. Doctors Couldn’t Say Why the Baby Had Been ‘Cured’

When USA Today interviewed Dr. Hannah Gay, the baby’s lead caretaker, last year, she said doctors didn’t know why the baby had been cured. She told the newspaper:

It was deemed possible that the early doses of medication could have prevented the AIDS virus from hiding in the baby’s white blood cells, which can serve as “reservoirs” of infection, USA Today reported.

2. The Baby Received Strong Doses of Drugs Quickly After Her Birth

After the first 30 hours of the baby’s life, Gay treated the baby with high doses of a potentially toxic mix of anti-retroviral drugs to combat the infection. There was a 75 to 80 percent chance the infant would not have contracted HIV from her mother and Gay’s treatment was called “gutsy” as a result. Reuters reports the baby received 18 months of treatment and then halted treatment for two years before the virus returned. According to USA Today, doctors say it’s very rare for babies in the United States to be born with HIV.

3. The Baby’s Story Appeared in The New England Journal of Medicine

The prestigious The New England Journal of Medicine published a story on the medical breakthrough last fall. Dr. Anthony Fauci, director of the National Institute of Allergy and Infectious Diseases (NIAID), called the baby’s relapse “a disappointing turn of events for this young child, the medical staff involved in the child’s care, and the HIV/AIDS research community.” He said, “Scientifically, this development reminds us that we still have much more to learn about the intricacies of HIV infection and where the virus hides in the body. The NIH remains committed to moving forward with research on a cure for HIV infection.” Gay told NBC, “It felt very much like a punch to the gut.”

4. The Baby’s Mother Abandoned Treatment When She Turned 18 Months Old

Dr. Hannah Gay told USA Today the baby and her mother disappeared once the baby turned 18 months old. They both missed several appointments, and doctors enlisted the help of social services to find the pair. Five months later, the mother brought the baby back to the hospital, after neither of them had taken any medication in those five months.

Kent Sepkowitz of The Daily Beast said after the story of the “Mississippi Baby” broke, another story of a baby in California being “cured” of HIV was reported in early 2014. However, reports on the California baby neglected to mention that baby was still on treatment when her “cure” was announced. Also, the California baby was born to a mother with stronger levels of the HIV virus in her system than the mother of the Mississippi baby. Sepkowitz writes:


So maybe it’s sour grapes on my part. But having witnessed the vast apparatus built by professional societies to draw public attention (and eventually funding, one hopes) to their field, I am certain of one thing: the mix of science and PR is toxic in every way. It distorts the doctor’s sense of himself beyond recognition and it distorts the journalist’s perspective of a problem. But most destructively, it distorts that most precious of all commodities for a patient with a disease: hope. 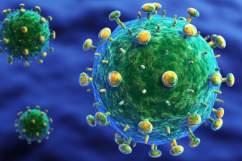