A 16-year-old boy who went missing in Massachusetts last night after he failed to return from walking his grandfather’s dog was found safe, according to police.

Bryson Alexander left his grandfather’s home in Provincetown, Massachusetts, at 7 p.m. Tuesday with a black lab named Onyx and was found Wednesday morning. Cops have not released details regarding his disappearance.

Here’s what you need to know about Alexander:

1. He Goes to Military School

According to his Facebook page, Alexander attends the New Mexico Military Institute in Roswell. The school is known as the “West Point of the West” and offers both high school and associate’s degree programs. The school opened in 1891.

The Cape Cod Times reports a Massachusetts State Police helicopter and police dogs were called in to find Alexander.

3. Police Asked People to Share His Image on Social Media

The Provincetown Police Department asked people to share Alexander’s photo on social media with the hope of reuniting him with his family. According to Acting Police Chief Jim Golden:

We’re asking people to distribute the image of this young man via their social media networks and encourage their friends to share it in the hope that someone will help us locate this young man and reunite him with his family.

4. He Was Last Seen in Military Attire

According to police, Alexander was wearing a tan jacket with buttons on the lapel, army green camouflage pants and dark boots when he went missing.

5. He Was Last Seen on Provincetown’s Commercial Street

Cops said Alexander was walking his grandfather’s dog on Commercial Street, pictured above, before he was reported missing. Provincetown is located on the tip of Cape Cod and has a year-round population of 3,000. 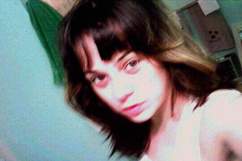