Police in Ohio University are still searching for evidence of shots fired on the campus on the afternoon of July 15, reports Columbus Dispatch. The search is centered around the school’s halls of residence.

1. The Reports of a Shooting Center a Around Summer Residence Hall

The shooting is believed to have taken place in a residence hall called Gamertsfelder Hall. School paper, The Post, reports that students had been living on the campus during the summer. The school’s Dean of Students, Jenny Hall-Jones said the “critical incident response team is activated. We’ll get more info out soon as we have it.”

Still no confirmation of a shooting at Ohio University. Police doing due diligence but this may just be a false alarm thankfully

An emergency text from Ohio University indicated that initial searches showed no evidence of a shooting.

OUPD did not find evidence of shooting in Gamertsfelder Hall. Search is being expanded to all of East Green. Evacuate and avoid the area.

2. State Troopers Are On Scene

Second ambulance arrives on scene but not making moves, in a holding position pic.twitter.com/1Gw7JkT7QA

We have no confirmed reports of injuries yet. NBC 4 reports that state troopers have met with university officials and are unable to say for certain if there has been a shooting. Ohio University Police Department Captain Brian Kapple told the Athens News that his department received a call telling them a person had been shot.

3. A Resident of the Dorm Heard a Loud Banging Prior to the Evacuation

OUPD is investigating a report of a possible shooting at Gamertsfelder Hall on the Athens Campus. Avoid the building and evacuate the area.

The Athens News reports a resident telling them that she head loud banging “like on a wall” before the evacuation.

4. Areas of the School Are Being Evacuated

The college is telling people to avoid Ohio University’s Athens campus. Students who were in the area are being evacuated.

Gamertsfelder Hall is named after school professor Walter S. Gamertsfelder who was also the thirteenth president of the school in the latter years of World War II. The building houses 33 single rooms, 111 doubles and 10 triples. This in addition to the lounge’s and study area. There is also a dining area, garage parking and laundry room in the building. 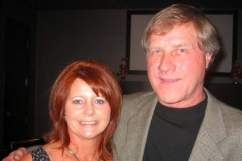