In an amazing 18 minutes, Germany scored five goals through Thomas Muller, Miroslav Klose, Toni Kroos (2) and Sami Khedira, in the first half of the first 2014 World Cup semifinal. It was incredible, liquid soccer, as some might say. The Brazilian players looked uninterested, disorganized, and outclassed after Germany began scoring. Before this game, Brazil hadn’t lost a competitive game on home soil since 1975 and were the favorites. This is a record setting loss that the most soccer obsessed nation in the world will never forget. In the second half, Germany completed the rout, with substitute Andre Schurrle scoring twice deep in the half. After that Mesut Ozil missed a chance to make it eight. Just after that, Brazil’s Oscar finally got his team on the scoresheet to make it 7-1 on 90 minutes. The Germans will play the winner of Argentina vs. Netherlands in Rio on July 13 World Cup final. Now, it’s Germany who are the favorites to win the World Cup.

Germany’s Thomas Muller gave his team the lead just after ten minutes. A corner came all the way through to Muller at the back post where he side-footed past the helpless Julio Cesar. Crazy how open Muller was for the corner, where was the marking? Early on Brazil had been the better team but hadn’t threatened. Germany had the best chance prior to their goal when a well-struck Sami Khedira shot hit his own player, Toni Kroos, in front of the Brazil goal.

The crowd has been fantastic but they were silenced when Muller slotted the ball home. Without Neymar you would have expected Brazil to keep it extremely tight at set-pieces but that doesn’t seem to be the case.

Miroslav Klose Made it 2-0 After 22 Minutes

And in doing so, the poacher became the top scorer in World Cup history. The real Ronaldo looked on in horror from a Brazilian commentary position. 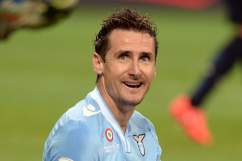 Now that is a sweet strike from Kroos: 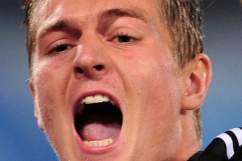 In the Most Insane Semifinal of All Time, Toni Kroos Got the Fourth Goal After 26 Minutes

…And Khedira Made it 5 Before 30 Minutes

I hope Cristiano Ronaldo is watching this. This is what can be achieved through teamwork. 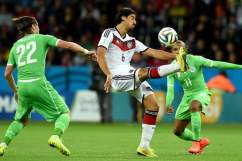 It was the most incredible World Cup game in Belo Horizonte. Germany scored five goals in just 17 minutes. Brazil don’t seem interested in marking, passing accurately or having any sort of cohesive plan.

Manuel Neuer Made Some Great Saves Early in the Second Half

Brazil came out strong in the second half, putting pressure on the German defense, Oscar and Fernandinho both tested the Neuer but he’s been too strong for them. At the start of the second half, it’s clear that Germany is happy to sit off the Brazilians and to allow them have the ball. 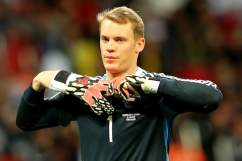 Germany Waited Until the 67th Minute to Make it 6-0

This time it was substitute and Chelsea midfielder, Andre Schurrle, who scored for Germany. Lahm with a completely unselfish ball across a crowded box that picked out Schurrle. 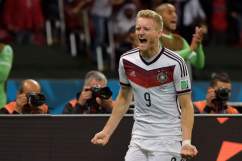 Andre Schurrle Got Germany to Seventh Heaven After 79 Minutes

This goal produced a thing of beauty, look at the first touch from Schurrle:

Amazingly, Germany had only 14 shots in the game, and scored seven of them.

The Brazilian Fightback Began on 90 Minutes

On 90 minutes, Oscar stole into the Germany box and lashed a shot passed Manuel Neuer. What was remarkable was that Manuel Neuer and Bastian Scheweinsteiger were furious with Mesut Ozil for not defending in midfield. 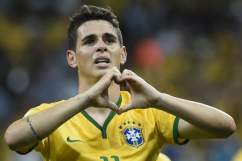 The first 2014 World Cup semifinal between Brazil and Germany kicks off in Belo Horizonte at 4 p.m. Eastern time. Obviously, Neymar will play no part in the game following his broken vertebrae injury, he suffered during his team’s win over Colombia in the quarterfinals. Brazilian coach Phil Scolari has sprung a huge surprise by announcing that Bernard will take Neymar’s place in the team. It was thought that Chelsea star Willian would come into the team but Scolari, always unpredictable, has opted for Bernard, who is a native of Belo Horizonte.

Another interesting talking point is that the game will be officiated by Marco Rodriguez, the Mexican ref who took charge of Uruguay vs. Italy, or as it has come to be known, the biting game.

Keep it here on Heavy.com for all of the best updates, goal videos, live odds, Vines and gifs.

Here’s how the two teams will line-up for the semifinal: 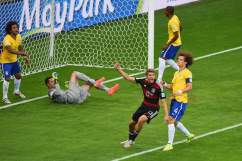 Brazil vs. Germany: The Photos You Need to See

Read More
Breaking News, Soccer, Sports, World Cup
Germany scored a stunning five goals in an 18-minute stretch to turn its semifinal game against Brazil into one of the biggest routs in World Cup history.