Jason Biggs is accused of being insensitive to tragedy in the wake of the news that a Malaysian plane was shot down.

He continued with the joke 20 minutes later, saying:

It's saddest for the victims and their families, obviously. But Malaysia Airlines is apparently a GREAT airline. Gonna be tough to recover.

After he got backlash for his comments, he replied with this set of tweets:

The actor, best known for his role in the American Pie franchise, angered Twitter users with his insensitive remarks.
People thought he crossed the line, and made their opinions known:

The same night, after what must have been careful consideration on his part, Biggs deleted the infamous tweets, and explained with this series of messages:

Before the tweet removal occurred however, there were some fans who stuck by the comedian during the controversy:

People need to lay off @JasonBiggs. He is a COMEDIC ACTOR. So of course he is going to joke about serious things. It's hard not to!

@JasonBiggs ignore the idiots mate, if they don't like it they know where the unfollow and block button is

Biggs, who now stars in Orange is the New Black, is no stranger to getting negative feedback for his Twitter comments.

In January, he tweeted about The Bachelor contestants’ looks, and the Twittersphere fought back. 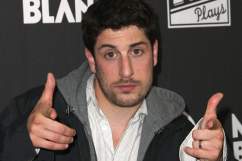 Loading more stories
wpDiscuz
0
0
Would love your thoughts, please comment.x
()
x
| Reply
Jason Biggs tweeted a joke about the Malaysian airline tragedy. People on Twitter felt he was being insensitive, but Biggs defended himself.