The waiting is finally over and much to the disappointment of Boston fans, lefty Red Sox pitcher Jon Lester was traded to the No. 1 ranked team in the AL, the Oakland Athletics.

Thank you all for the kind words! Tough situation to be in but it's what we sign up for and I find comfort knowing we're in this together!

Here’s what you need to know about the trade:

Gomes was a huge impact player for the Red Sox in the 2013 World Series both offensively and defensively in the outfield. This season he wasn’t playing as well with 6 home runs, a .234 batting average and 32 RBIs this season. Since he was included in the trade deal, he will be going back to Oakland where he was in 2012 before he moved to Boston.

In return, the Red Sox will get Oakland slugger Yoenis Cespedes. The 28 year old was voted second in the American League Rookie of the Year in 2012 and will be staying with the Red Sox through the 2015 season when he becomes a free agent. One downfall of Yoenis is that he seems to be getting worse rather than better with a declining batting average (.256) and on-base percentage (.303) although he still makes a huge impact on the field and has a better chance of improvement at Fenway than at Oakland’s stadium.

Cespedes has also won the last two Home Run Derbys prior to the 2012 and 2013 All-Star Games. He currently has 17 home runs this season which is 3 more than the Red Rox outfielders number combined.

Another part of the deal will include the Red Sox’s reception of Oakland’s “competitive balance” round b draft pick in 2015 which will come at the end of the second round.

3. Oakland Got Jeff Samardzija and Jason Hammel Last Month Too

Oakland is currently the No. 1 team in the American League West, giving them a big chance of going to the World Series and even winning it. Lester would be a huge contributor as a part of the team especially coming off of a World Series win with the Red Sox.

Along with Lester and gomes, the Oakland A’s got Hammel and Samardzija and Hammel who will make up the best group of pitchers on any team along with Oakland pitchers Scott Kazmir and Sonny Gray. The A’s are not lacking in depth at this point to say the least.

We had to dig into our depth really early, and we felt like we needed two (starting pitchers).” 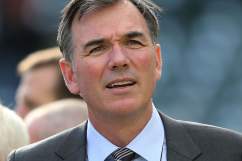 4. The Red Sox and Lester Both Want to See Him Go Back to Boston Eventually

The Red Sox had their chance to keep Lester, but blew it with a sub-par deal for a contract at $70 million for four years. A pitcher of his level deserves a lot more despite the fact that Lester said in January that he would accept a hometown discount in order to stay.

Lester will become a free agent in 2015 and said before the trade that he would definitely wnt to become a part of the Red Sox eventually. There was much conflict over the decision to trade Lester with the majority voting to keep him and in favor of investing long-term.

Since the Red Sox wouldn’t give him what he was looking for (and deserves) trade discussions began when so many teams were interested in the talented pitcher.

Lester’s teammates were probably the most upset and shocked when they started hearing the rumors and especially now that the deal is done. David “Big Papi” Ortiz and Dustin Pedroia were unhappy with the Red Sox’s decision to let him go.

Of course you want to keep Lester around and continue playing together. He’s one of the best pitchers in the game. No question about it. I don’t know, man. It’s frustrating to see him going somewhere else. It’s just the situation that we’re facing right now.”

Wishing my man Jon Lester all the best, Red Sox Nation and the Large Father will miss you! pic.twitter.com/7uWpXw8XnH 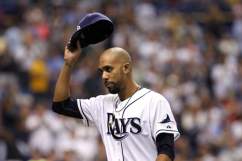 Loading more stories
wpDiscuz
0
0
Would love your thoughts, please comment.x
()
x
| Reply
The waiting is finally over and much to the disappointment of Boston fans, lefty pitcher Jon Lester was traded to the No. 1 team in the AL, the Oakland Athletics.