Orlando Bloom and Justin Bieber have the latest celebrity feud. And it’s safe to say it’s over an ex.

Although the men have a 17-year age difference between them, it didn’t stop things from getting heated. Watch the clip above, obtained by TMZ, to get a glimpse into all the action.

This is what we know so far about the actor and the pop star’s July 29th brawl.

1. Orlando Took a Swing at Justin

The boys were at Cipriani restaurant in Ibiza, located in the Ibiza Gran Hotel.

They were sitting at different tables, but when Bieber, 20, walked by Bloom, 37, things got messy.

A source told the NY Post, “But when Bieber and his party were later walking past Bloom’s table, Orlando refused to shake Bieber’s hand…Bieber said something rude to Orlando, like, ‘She was good.’”

The “she” in the equation seems to refer to Bloom’s ex wife, Miranda Kerr. Then came a violent reaction on the part of the Pirates of the Caribbean star.

A source told People, “Orlando took one swing at Justin and missed.”

2. Justin Got Close to Bloom’s Ex

Justin Bieber Told Orlando Bloom About His Ex-Wife Before Their … – http://t.co/djxM2wYsuM pic.twitter.com/yHx8riJ9ou

Bloom divorced Kerr in 2013, and the pair has a 3-year-old son together.

In 2012, Bieber got flirty with Kerr after a Victoria’s Secret fashion show.

According to the Daily News, Bieber posted an picture of Kerr on his Instagram right after the incident, but later deleted it.

3. Orlando Was With Selena

In April, Bloom was photographed with Gomez outside the Chelsea Handler show.

4. Justin Tweeted After the Brawl

5. There Were Celeb Witnesses

Lindsay Lohan, Paris Hilton, and Diddy were at the club when it all went down. 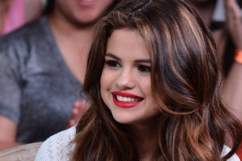 Loading more stories
wpDiscuz
0
0
Would love your thoughts, please comment.x
()
x
| Reply
Orlando Bloom punched Justin Bieber at a restaurant in Ibiza. It is being reported that it was over a comment Bieber made about Bloom's ex, Miranda Kerr.