A 21-year-old gymnastics coach in Florida was arrested after he was caught hiding in the closet of a 13-year-old girl’s bedroom by the girl’s mother. According to WTVT, the girl admitted to her mother that she and Justin Lee had sex. Henry was charged with lewd and lascivious battery, according to The Tampa Tribune.

1. He Was Arrested in the Girl’s Home

According to The Tampa Tribune, Henry was arrested in the girl’s home after being found hiding in her closet by her mother. The girl’s mother went to check on her daughter at 2 a.m. Wednesday when she realized her daughter’s door was locked, the Tribune reports. According to cops, the girl said she and Henry had sex twice in her home.

2. This Isn’t the First Time Henry’s Been Arrested

WTVT reports Henry was busted by cops for driving around with three 14-year-old girls who had been drinking. Henry had even touched one of the girl’s thighs and asked about being her boyfriend, according to WTVT. The Tampa Tribune reports Henry was arrested on three counts of interfering with child custody.

Elite World Gymnastics manager Andrew Muzzarelli told WTVT Henry ruined the trust he had built up as an employee. He said:

“It was a big shot through our heart. It was a big betrayal. We can’t even believe that happened. We put a lot of trust in him, and we gave it to him, and he ended up breaking up that trust with us. It’s really hard for us right now.

You have to build a trust with the parents and kids. He’s kind of ruined that for us, and that’s something that we’re going to have to build back up.

4. He Passed His Initial Background Check

According to Bay News 9, Henry was released from the Hillsborough County Jail on $7,500 bond Wednesday. 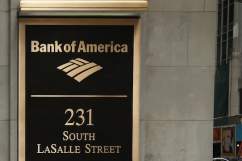 Bank of America Shooting: 5 Fast Facts You Need to Know

Loading more stories
wpDiscuz
0
0
Would love your thoughts, please comment.x
()
x
| Reply
Justin Henry, a gymnastics coach, was arrested after he was caught hiding in the closet of a 13-year-old girl with whom he had sex. Henry was found by the girl's mother.