On Tuesday, Ryan Block, an AOL product manager and former editor-in-chief of Engadget, posted online a recording of his attempt to cancel his Comcast cable service.

Although the recording is only eight minutes long, it captures just part of an infuriating 18-minute conversation between Block and a condescending and stubborn Comcast employee who, for a time, refused to cancel his service. The audio, which you can listen to above, has since gone viral, racking up almost 3.5 million listens in 24 hours.

You can also read Block’s Twitter exchange with Comcast below:

Generally good experiences with Comcast… until we canceled. Rep got straight up belligerent. I was able to record some, should I post it?

.@Ryan we are sorry & embarrassed by what happened. We're determined to be better. We clearly have more work to do. http://t.co/keQQM14KKr

Block also raises concerns that the fault for the incident lies not just on the representative, but also in the greater culture of Comcast, which is the most hated company in America, according to the American Customer Satisfaction Index.

.@comcast I hope the quick action you take is a thorough evaluation of your culture and policies, and not the termination of the rep. 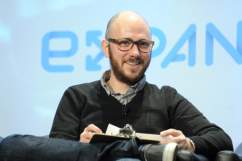