Matthew Hitt may be the new man in Dakota Johnson’s life. The 27-year-old rocker was spotted with the actress in New York City.

Let’s learn about the man who stole the heart of Anastasia Steele in real life.

They were spotted in New York City on July 23, the day before Johnson was on the Today Show to promote Fifty Shades of Grey.

The band, which he started, is called Drowners, and it’s based in New York. He is the group’s vocalist and guitarist.

The guys were offered their first gig by the Vaccines in 2011, and had to piece the band together quickly to prepare for the New York show.

“The band was hurriedly put together for the gig and the promoter needed something to put on the poster. So it was the only word that we agreed looked nice written down. That was it,” he told Wales Online.

Boredom has led to looking at extremely attractive photos of matt hitt pic.twitter.com/52zKYCQl8r

According to Wales Online, he was discovered in New York while on vacation.

As far as his future in modeling goes, he said, “Well, I’m 25 now and there seem to be swathes of 17-year-olds coming through every year.”

He graduated from Cardiff University, located in the capital of Wales, with a degree in English Literature.

As far as his favorite works of literature go, he told BEAT, “I was a teenage Catcher in the Rye fan like everyone else, but I think now Billy Liar is my favorite book.”

“The town that I am from in Wales is so small, it’s barely a speck on a map,” he said about his native country.

He’s been living in Gotham since 2011, and started by giving guitar lessons. His making connections with musicians led him to form his band there.

In an interview with BEAT magazine, he explained how that came about:

I moved to New York about two years ago and then went out every night and over the course of the next couple of months I met loads of different musicians, these ones just seemed to all align in this one pub. 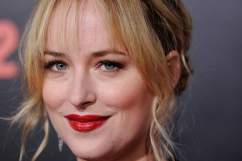