Melissa Bowerman is the daughter-in-law of Nike founder Bob Bowerman. She’s married to his son, Jon, who is 75. Since 2012, Melissa Bowerman has been coaching track at Madras High School. Now, she’s has been arrested and jailed after being charged with having an affair with a 17-year-old student of hers in Fossil, Oregon, reports The Oregonian.

1. She’s Accused of Having a 2 Month Affair With One of Her Students

Madras High School in Oregon where Bowerman was a track coach. (Wikipedia)

Bowerman was arrested after police in the area got a tip about a possible relationship between her and one of her track athletes. State police in Oregon say that the illicit contact between the two began in May 2014, reports KTVZ. She’s being held in Madras jail charged with sexual abuse in the second degree, luring a minor, online sexual corruption of a child in the second degree and contributing to the sexual delinquency of a minor.

2. She Lost Her Last Coaching Job For Taking a Student to the Prom

In 2012, Bowerman was in the news when she accompanied a student from a another school she was coaching at, to the prom. At the time, Bowerman insisted there was nothing going on between her and the student but she was let go. Her husband was furious about his wife getting fired. Jon Bowerman told The Oregonian at the time, “It’s ‘your guilty until proven innocent’ and I didn’t spend six years in the Marines defending ‘guilty until proven innocent. We don’t want to fight, but if that’s the attitude, we will fight.” At the time, Jon Bowerman also coached at the school.

Melissa Bowerman had been the track coach at Condon/Wheeler high school and decided to take the boy to the prom because he was sad about not having a date, reports Fox Oregon.

3. Bowerman’s Nike-Heir Husband Is Standing by Her Side

The Oregonian spoke to Jon Bowerman after the latest revelations emerged, he said:

I’m still in a state of shock. She’s still my wife, I still love her and still will no matter how this thing turns out.

The couple have been married for six years.

4. There Could Be More Victims

Cops in Oregon are concerned there may be other victims in the case who have yet to come forward.

5. Her Father-in-Law Is a Track-Coach Legend in Oregon

Bill Bowerman founded Nike in 1971 along with Phil Knight. (Wikipedia)

Melissa Bowerman’s father-in-law, Bill Bowerman, is a legend in Oregon sports. Aside from founding Nike with Phil Knight, Bowerman was University of Oregon track coach from 1949 to 1972. During that time, he won four national titles. 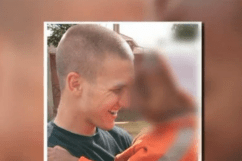 Loading more stories
wpDiscuz
0
0
Would love your thoughts, please comment.x
()
x
| Reply
Melissa Bowerman is the daughter-in-law to Nike founder Bill Bowerman. She's been arrested, accused of having a sexual relationship with a 17-year-old she was coaching.