Broncos wide receiver Demaryius Thomas will not be in attendance for the first few days of training camp due to personal reasons, but later announced he would be at his grandmother’s funeral. The Thomas’ story is no ordinary one and Demaryius will be in mourning for the woman who helped raise him.

Minnie Pearl Thomas helped Demaryius’s mother, Katrina Smith raise him and his two sisters in her trailer home in Montrose, Georgia until her and Smith were arrested in 1999. The tattoo on his arms above say “Family First.”

2. She and Demaryius’ Mom Were Sentenced to Life in Prison

Minnie Thomas and Katrina Smith were sentenced to life in prison after police raided their trailer home in Montrose, GA for the trafficking of narcotics, specifically cocaine. Smith was a conspirator, saving the cash and hiding the money while Thomas attained and sold the drugs.

The two were serving their time in the Tallahassee Women’s Correctional Facility before Thomas passed away.

Demaryius was 9 years old at the time remembered people always coming to the house for drugs and told the NY Post that he even had a premonition weekes before the arrest and warned his mother.

They busted into the house when we were getting ready to go to school. The only thing I remember is my mother asking them if she could walk us to the bus for the last time.’’

Smith said in an interview:

3. Demaryius Moved to Four Different Homes After They Went to Prison

After Demaryius and his sister’s were handed over to the government, Demaryius was sent to four different homes before he settled in with his uncle, James Brown who helped him on his path to the NFL.

4. She Has Watched Every Game of His in Prison

Smith and Thomas call Demaryius before every one of his games. His mother will continue to watch him from afar until she is released on probation. Demaryius looks forward to being able to hand his mother the game ball since she has yet to attend a game. Minne Thomas went through her life without ever being able to watch Demayius play football in person.

But both women tuned in to every Broncos game televised in the Florida correctional facility. And before every one of them, Smith constructed her own homemade “No. 88” jersey using tape to outline the numbers on the back of her T-shirt. Thomas expects his mother to do the same on Sunday [2013 Superbowl].

All of the ladies have the T-shirts and watch me, so that’s special.”

5. If She Had Pleaded Guilty in 2000, She Would Have Been Released Two Years Ago

Smith and Thomas’ attorneys told The Daily Beast of the unfortunate decisions made by the two women before they received their sentences. Instead of pleading guilty, they decided to take their cases to court. Thomas received life in prison with a chance of parole after 40 years while Smith ended up with life with parole after 20 years.

The Daily Beast explained in January 2014:

The mother, Katrina Smith, is said to have been offered a deal back in 2000 where she would have received 4 years if she pleaded guilty. That would have had her free before her son was even out of high school rather than still serving a 20-year term.

The grandmother, Minnie Pearl Thomas, was offered 12 years. She would now have been at liberty for more than two years instead of continuing to serve two life terms.

Lawyer Elizabeth Lane urged them to plead guilty due to sufficient evidence based on wire taps and cooperators, but they refused to listen and it literally cost them their lives. 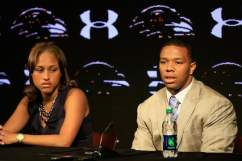 Loading more stories
wpDiscuz
1
0
Would love your thoughts, please comment.x
()
x
| Reply
Demaryius Thomas will not be in attendance for the first few days of training camp to attend his grandmother's funeral. She died in jail after a life sentence.