Celebrities and fans alike are taking sides on Twitter regarding Bieber vs. Bloom, by declaring themselves as part of #TeamJustin or #TeamOrlando.

We’ve complied some of the best ones.

Orlando Bloom was in LOTR, married Miranda Kerr AND punched Justin Bieber? By my count his monkey paw only has 2 fingers left.

Pretty miserable and depressed, a little bit about Israel/Gaza but more about Bieber/Bloom.

Orlando Bloom punched @justinbieber and his hand must be sore today…from all the high fives he received! — @jimmyfallon

This Justin Bieber/Orlando Bloom thing is the first time I've been interested in a featherweight match.

"That Bieber kid tried to punch an elf and they're all watching a movie about Sharks and Tornados" — people in other countries.

LOL, at this rate Orlando Bloom is going to get a holiday named after him. #OrlandoDay #TeamOrlando

I never thought I could love Orlando Bloom any more. Gorgeous, talented and now this?! Give that man a knighthood! #TeamOrlando

I see no difference between Justin bieber and king Joffrey. #TeamOrlando #GOT 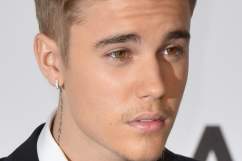 Loading more stories
wpDiscuz
0
0
Would love your thoughts, please comment.x
()
x
| Reply
Celebrities and fans weigh in on Bloom vs Bieber, declaring on Twitter if they are #TeamOrlando or #TeamJustin.