A missile shot down the plane on July 17 in Eastern Ukraine, killing all 298 passengers and crew.

Here’s what you should know about the American onboard.

1. He Was Born in New York City

Quinn Lucas Schansman had both U.S. and Dutch citizenship. He was born in New York City but spent most of his life living in the Netherlands.

Schansman studied at the International Business School in Amsterdam. A Facebook update from April 24 indicated that Schansman had moved to the Dutch capital from his home city of Hilversum.

He was kind. He stuck up for you and made you laugh when he saw there was something wrong.

He was … kind of sensitive and caring. He had a lot of friends and everybody seem[ed] to like him. If there was a fight in class he could cool everyone down again, made a joke and it was like it never happened. He was really down to earth and just [a] fun guy to have around. 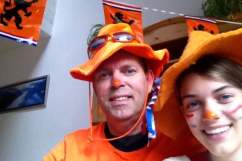 2. Schansman’s Family Were Already on Vacation in Malaysia

According to reports in the Netherlands, Schansman was on his way to Malaysia to meet up with family members who were already on vacation.

He’s survived by his girlfriend, Floor van Dranen, mother, Katja Teunissen, father, Thomas Schansman, and sister, Nerissa Schansman. Just hours after Schansman died, Floor van Dranen changed her Facebook cover image to the above picture. The couple have been together since September 2013.

CBS San Francisco reports that Schansman’s father, Thomas, is a resident of Menlo Park in the Bay Area. Thomas Schansman is an executive with European banking giant Rabobank. At one point, Schansman lived in Fort Lee, New Jersey.

4. He Was a Minor League Soccer Player

Schansman was a fan of Amsterdam soccer team Ajax. On his Facebook page, Schansman identifies himself as Jewish, like many Ajax fans.

He was also a former player with the team Olympia ’25 in the Netherlands. The team paid tribute to him on their official website. The tribute mentions that Schansman’s brother will play for the team next season.

Schansman’s Facebook and Instagram pages paint the picture of a fun-loving guy who in March 2012 posted on social media: “First day worked in my life…Was better than I expected.”

Schansman’s last Instagram post came on July 11. Schansman had a Soundcloud with just one reblogged song on it.

5. So Far, Schansman Is the Only Named American Who Was on MH17

Although it had initially been reported that there were 23 Americans onboard the plane, that number appears to have been incorrect based on the latest passenger information. President Obama told the media:

At this point, the individual that I mentioned in the sole person that we can definitively say is a U.S. or dual citizen. At this point, having worked through the list, this is our best assessment of the number of Americans that were killed. 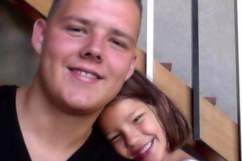