Successful yet despised actor, writer and show runner Seth MacFarlane is being sued for allegedly stealing one of his most famous characters.

Here is what you need to know about Charlie, MacFarlane and the impending Ted sequel:

In the official complaint, which you can read below, the plaintiff alleges that MacFarlane’s Ted character was based directly on the character Charlie from the 2009 web series Acting School Academy.

The complaint runs down all of the ways in which Ted and Charlie are similar, starting with their general appearance and demeanor, and even included similar bits of dialogue that further emphasize the similarities between the two characters.

Both are talking Teddy bears who drink, smoke and make crude sexual comments while living in the human world.

The web series Acting School Academy ran between 2009 and 2010, becoming widely viewed on popular websites like FunnyorDie.com, Vimeo and YouTube. The series got a total of 1.2 million views, with the video featuring Charlie getting approximately 60,000 views. A Twitter account was also created for the Charlie character and attracted over 2,000 followers.

Above, you can watch the “Charlie Gets Advice,” segment. To see more videos featuring the character, including “Charlie Kills a Hooker,” go here.

3. The Plaintiffs Are Going After the Millions ‘Ted’ Made

According to the complaint, which you can read above, the plaintiffs believe they deserve a healthy percentage of the massive profits generated by the Ted franchise. They believe MacFarlane continues to “earn substantial sums through the exploitation of ‘Ted’ and the Ted Character.”

The plaintiffs believe they are entitled to “the profits made by the Defendants from their wrongful acts,” as well as financial damages for copyright infringement.

Ted made approximately $218 million domestically and $550 million worldwide, making it the most successful R-rated film of 2012. Since the film’s home video release, it has also grossed around $128 million in DVD and Blu-ray sales.

A sequel to Ted was announced shortly after the monumental success of the first film. Recently, MacFarlane said that Mark Wahlberg will return, while the film’s love interest, Mila Kunis, will be replaced by Amanda Seyfried. 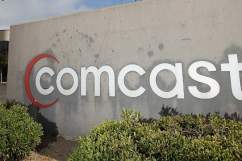