Actress Skye McCole Bartusiak, seen in the clip above as a little girl, died in her Houston home Sunday. Bartusiak was most famous for her role as Susan Martin, Mel Gibson’s youngest daughter in The Patriot. Bartusiak was only 21.

Here’s what you need to know about her death:

1. Police Haven’t Determined Her Cause of Death

Police have not yet determined Bartusiak’s cause of death but her mother told CNN Bartusiak had suffered from seizures ever since she was a baby. Helen McCole Bartusiak said:

We think she had a seizure and choked and nobody was there. … They [paramedics] were working on her for 45 minutes and could not get a heartbeat. … I’ve done CPR on that kid more than one time and it just didn’t work this time.

Skye McCole Bartusiak’s seizures had let up for a few years, but returned last week, according to her mother. Bartusiak was found sitting upright in her bed. She lived in a garage apartment adjacent to her family’s home.

2. She Had Small Guest Roles on Television

After The Patriot, Bartusiak held a series of small roles in popular television shows, including Law and Order: Special Victims Unit, House M.D. and an eight-episode run as Megan Matheson on 24.

3. She Was Getting Ready to Produce and Direct Her First Feature Film

Her mother told CNN Bartusiak had been preparing to produce and direct her first feature film in the months leading up to her death.

4. She Acted Alongside Hollywood A-Listers

Aside from her role in The Patriot, Bartusiak acted alongside several Hollywood A-Listers during her career. She acted alongside Michael Douglass in the 2001 film, Don’t Say a Word, Meg Ryan in Against the Ropes and Hillary Swank in a production of The Miracle Worker at the Charlotte Theatre in North Carolina.

5. She Was Friends With Abigail and Spencer Breslin

According to Bartusiak’s IMDb page, she was friends with fellow child actors and siblings, Abigail and Spencer Breslin. 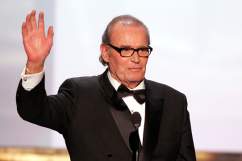