Steven Capobianco indicted for murderA major development today in the disappearance of a pregnant woman on Maui. Charli Scott's ex-boyfriend Steven Capobianco has just been indicted on a murder charge. KITV4's Andrew Pereira explains more on the developing case. Subscribe to KITV on YouTube now for more: http://bit.ly/1hxKwsa Get more Honolulu news: http://kitv.com Like us:http://facebook.com/KITV4 Follow us: http://twitter.com/KITV4 Google+: http://plus.google.com/+kitv2014-07-15T06:41:04.000Z

A 24-year-old man in Maui has been indicted on a second-degree murder and arson charge after allegedly killing his ex-girlfriend and their unborn child and lighting her SUV on fire to cover up the crime.

Stephen Capobianco is being held at the Maui Community Correctional Center, where he has been held for the last month on an unrelated charge. His bail has been set at $2 million.

Capobianco agreed to an interview with Hawaii News Now when Scott disappeared in February. He proclaimed his innocence and, when asked if he did anything to hurt Scott, said “absolutely not,” but he understood why people would think he had. He also told Hawaii News Now that Scott’s family initially wanted his help in finding Scott, but they grew more hostile toward him as time passed.

2. Scott Had Taken Him to Fix his Truck

5 mths after Charli Scott disappeared,the father of her unborn son & last person to see her alive arrested for murder pic.twitter.com/TlAFLaqTVA

Capobianco told Hawaii News Now that Scott had picked him up from his home on Sunday, February 9, so he could fix his truck, which had broken down earlier. After fixing the truck, Capobianco said Scott had followed behind him in case his truck broke down again. Capobianco said he assumed Scott got home safely and wasn’t worried when he didn’t hear back from her immediately after he sent her a thank you text the next morning.

According to the Associated Press, the indictment against Capobianco said he caused Scott’s death, “in an especially heinous, atrocious, or cruel manner, manifesting exceptional depravity.” Maui cops never called Capobianco a suspect. Rather, he was a person of interest, according to MauiNow.com.

4. Scott’s Sister Found Her Clothes on the Highway

According to MauiNow.com, Scott’s sister found some of her clothes on her beach alongside the Hana Highway the day after police recovered Charli Scott’s charred SUV on Maui’s north shore Wednesday, February 12.

According to MauiNow.com, Scott’s body still hasn’t been recovered. If convicted, Capobianco could face the life in prison with the possibility of parole, unless the judge petitions for and is granted enhanced sentencing, according to Hawaii News Now. 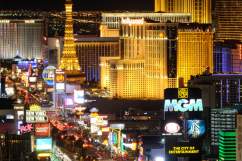 Read More
5 Fast Facts, Breaking News, Crime, Hawaii
A man in Maui has been indicted on charges of killing his ex-girlfriend and their unborn baby and then torching her SUV to cover up the crime.